South Australian sidecar ace Murray Williams has won more Australian Motocross Championships than any other rider, including the solos.

Williams won nine Australian sidecar motocross titles in the sixties and seventies, winning his first National title with Herb Castle on an ESO in 1966 at Christmas Hills (VIC) and his last with Wayne Kearvell in 1974 at Manjimup (WA).

After racing flat track and road racing sidecars, Williams focused on sidecar motocross in the mid-sixties and was competitive right from the start. At Christmas Hills, in front of 10,000 paying spectators, Williams-Castle won their first Australian title – in the 500cc class.

The pair won this class three years in a row, winning at Mount Kembla (1967 NSW) and Collie (1968 WA) – the first two on an ESO machine.  At Collie, Williams-Castle picked up their first double title using a Jawa speedway engine in both the Junior and Unlimited classes.

Williams had a change of passengers in 1969-70, including Mick Trevena, Reg Courtney and Des Rettig, the brother of William’s wife Lynette.

It was during this period that another South Australian sidecar team dominated. Alf Goodwin-Wayne Kearvell won both sidecar titles in 1970 at Tivoli Park, Ipswich (QLD) on their Arab/Jawa outfit.

Goodwin-Kearvell also won the Junior class at Clarendon at home in 1971 and were leading the Unlimited class until Goodwin had to pull out with an injured ankle sustained earlier on the day.

Williams-Rettig were in second at the time and went on to win ahead of John Delima – Jim Colligan (VIC, J.A.P.) and Stephen Smith – Clarrie Jones (VIC, Tribsa).

Sadly, shortly after Clarendon, Williams passenger Des Rettig was tragically killed in a road accident on his way home from work and Williams contemplated quitting the sport.  He was, however, brought out of a short retirement by Wayne Kearvell who offered to swing for him.

1971 Australian Championships at Clarendon (SA), where Williams won the Unlimited Sidecar Class and was second in the Juniors 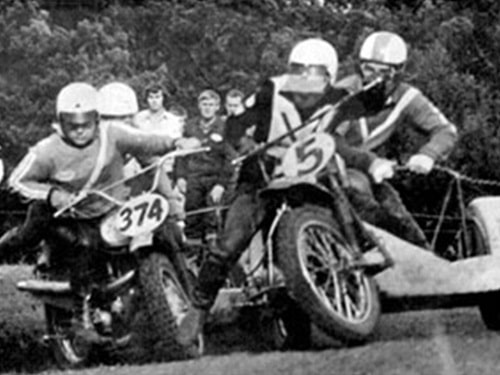 Kearvell had already won three Australian titles with Alf Goodwin and went on to experience more success with Williams and become the most successful passenger of all time with seven Australian titles.

With Kearvell in the chair, the new combination picked up the Junior/Senior “double” (William’s second) in 1972 at Wallan in Victoria.

At this event Williams announced his retirement. But actually, this did not come until several years and titles later.

Williams and Kearvell went on to win four Australian Championships over three years with wins in the Unlimited class at Mulbring (NSW 1973) and Manjimup (WA 1974).

Williams finished his career as it started – with three successive Unlimited National titles with his ninth at Manjimup being his last in this branch of the sport.

Murray William’s contribution to sidecar motocross over more than a decade was outstanding. Incredibly, he won the prestigious Hec Henderson Memorial race in South Australia ten years in a row and, in 2014, he was inducted into the Motorcycling Australia SA Hall of Fame. An annual National Sidecarcross event has also been named in his honour.

He even made a cameo appearance at the 1983 Australian Motocross Championships at Acusa Park (SA) with his son Darren in the chair on a lightweight Honda he built. Riding this outfit, Darren went on to win three Australian championships himself with Mark Kendle his passenger.

Murray Williams was born in 1937 and, at age 82, is showing no signs of slowing down and still races in various motorsports today. 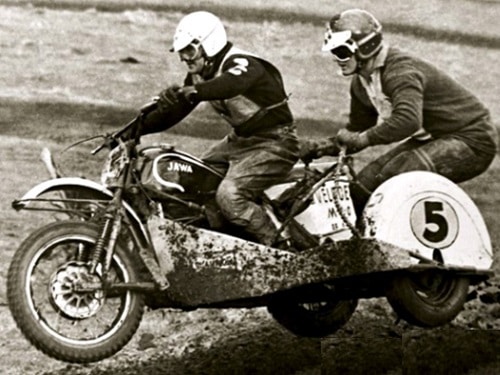 Williams with the late Des Rettig  in the chair in 1971 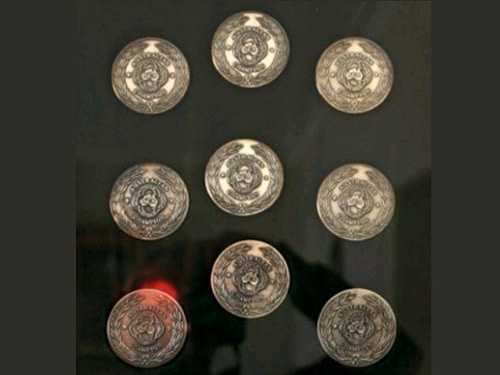 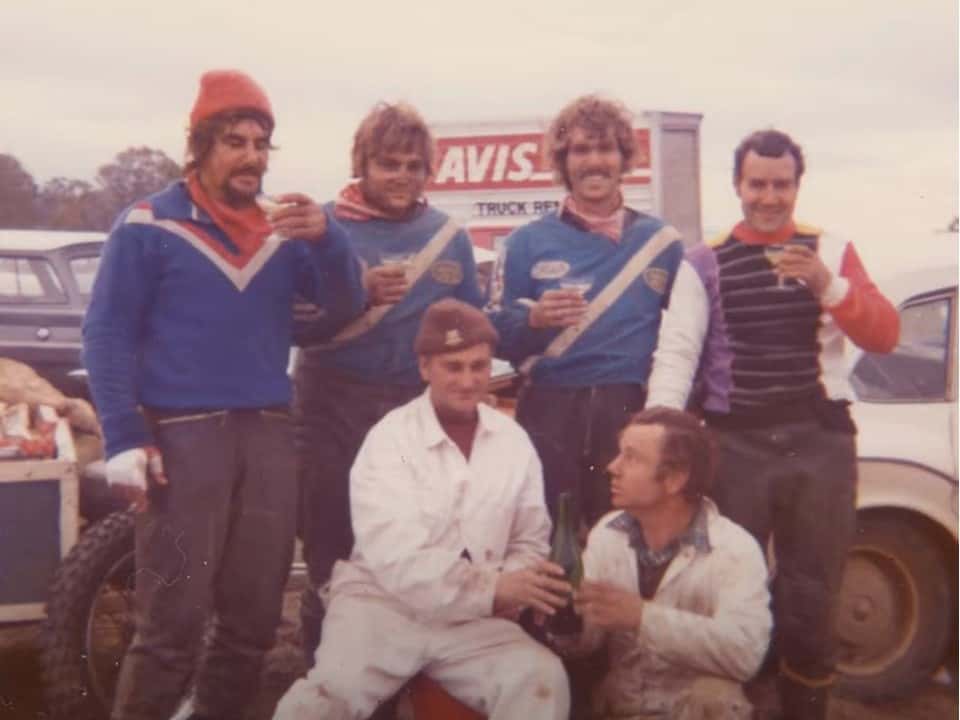 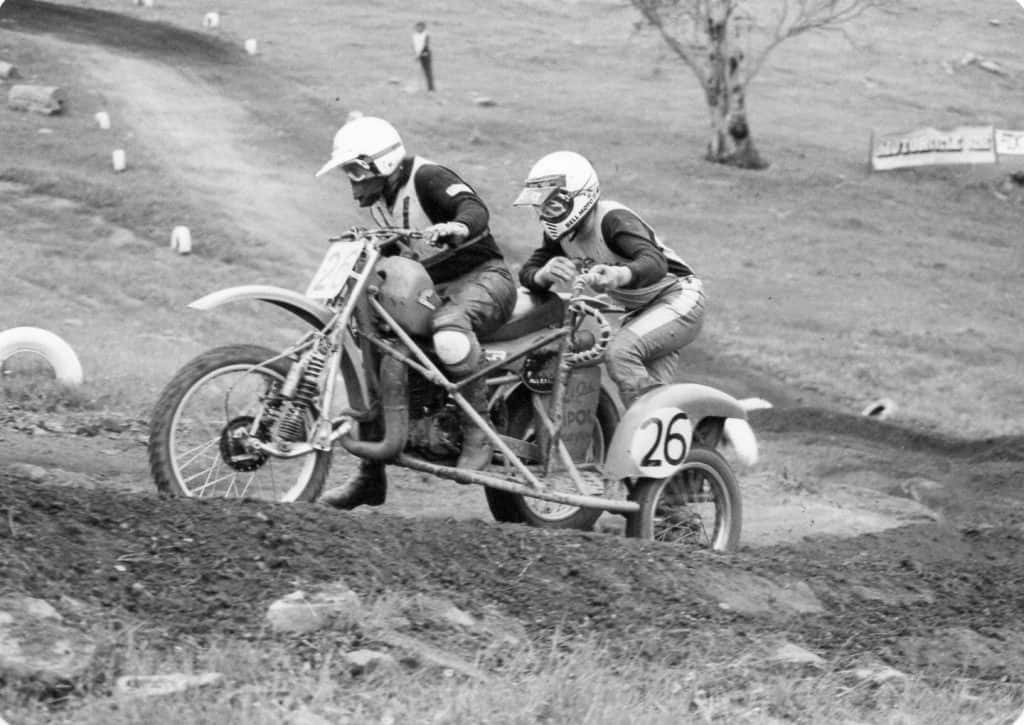 Williams with son Darren swinging at Acusa Park in 1983 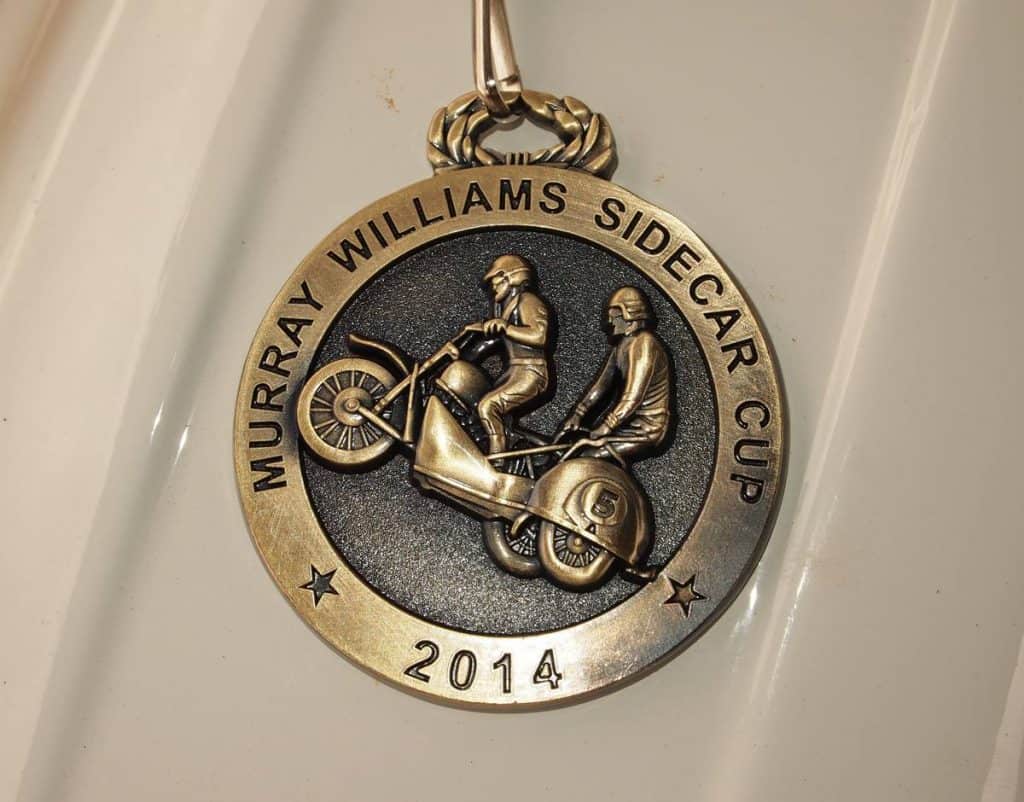 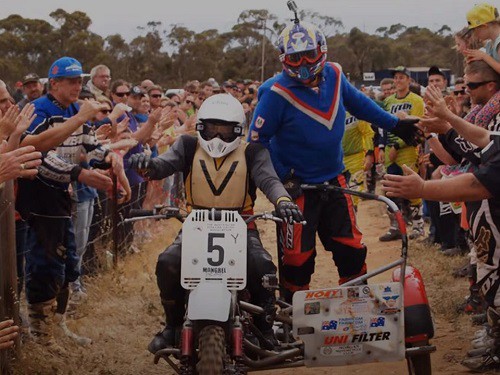 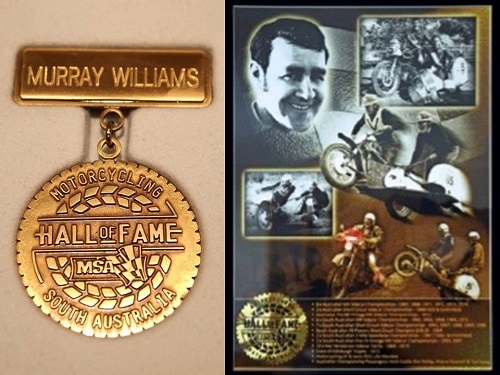