The Australian Motorcycle News magazine acclaimed twenty-one-year old Charlie West the best in the land in the late fifties.

The West Australian won four Australian ‘Scrambling’ Championships in that decade, as the sport was named in those days, and went on to win seven Australian titles and more than 17 State titles across the country throughout his career.

With scrambling established in Western Australia in the 1920s, WA riders dominated the National scene from the sports beginning to the mid-1960s.

Charlie West was the legend of that era dominating all classes, including the prestigious Unlimited All Powers on a BSA Gold Star and C15 Starfire BSA in the 250s.

He won his first National title in the All Powers class in 1956 at the Moorebank Army Camp circuit in New South Wales.

In 1958 he won both the 350cc and Unlimited classes at Evansdale, Launceston (TAS), successfully retaining the Unlimited title the following year at Royal Park in Adelaide (SA).

Although West only won one title in 1959, he was the standout rider at the meeting. On top of the premier Unlimited class he was on target to score victories in the 350 and 500 titles, but unfortunately experienced race mishaps on the day. 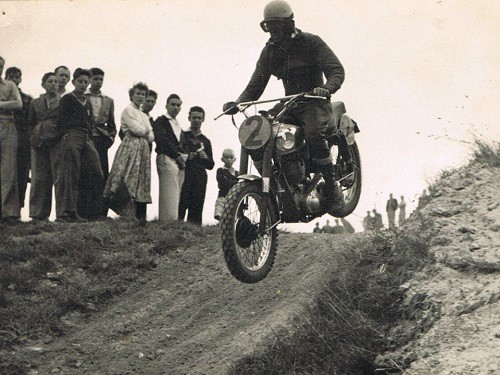 On home soil, West also won the prestigious Harley Scramble in 1958 and 1959.

This annual event was held at the Rope Works circuit in Mosman Park on the outskirts of Perth between 1928 and 1963.

At its peak more than 20,000 spectators attended this event and the riders were household names and raced for big prizemoney.

In 1961, with European experience behind him, he brought his immaculate fleet of three BSAs to the Australian Championships, winning the 250 and 350cc classes

Photo: Charlie West in action at the famous Harley Scramble at the Rope Works circuit in Mosman Park, WA.  West won successive titles in 1959 and 1959.

The following year West returned to Europe and rode internationally in England and represented Australia in a World Championship Grand Prix in France.

He was also a member of the winning side that beat the British in a one-off test match at Pembury, near Brands Hatch on 14 October 1963.

On return to Australia, West switched to speedway and was successful here too – winning State titles in the TQ and midget classes at Claremont Speedway.

While WA, West’s home state, held the State Championships over multiple rounds, one day events were more common on the east coast, which he contested while travelling interstate for the National titles. 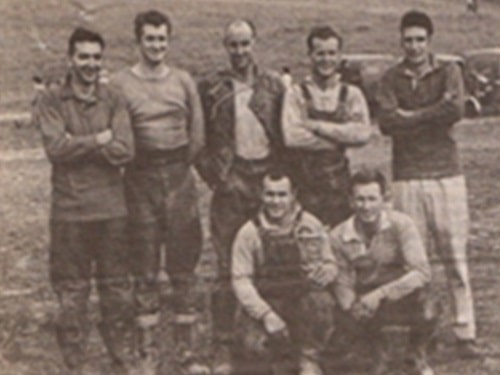 The winning Australian Team at Pembury in England.  Charlie West  is  the rider standing on the far left-hand side 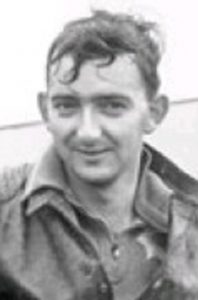 1963
A member of the winning Australian Team against the British in a one-off Test Match at Pembury, near Brands Hatch 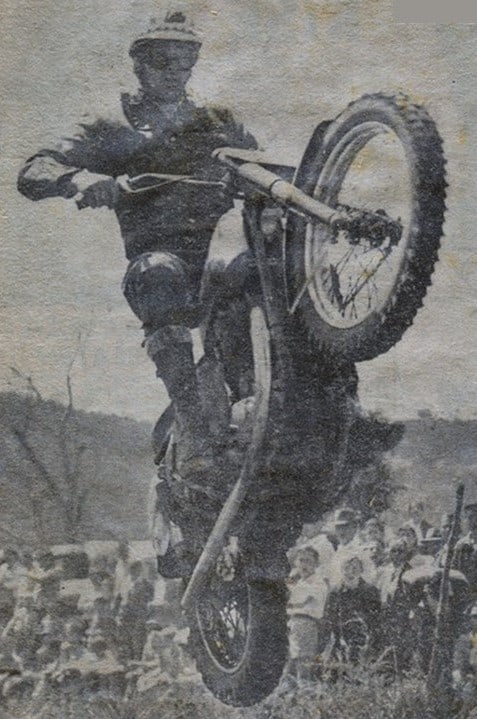