On 14 November 1953, he etched his name in Motocross history winning three National titles at the inaugural Australian scrambles championships in Victoria .

Rumble won the 125 and 250cc classes on a BSA and the Unlimited All Powers class on a Matchless at the Korweinguboora circuit in Daylesford.

This was a crazily muddy meeting and after discarding his goggles in one race he had to be led to the ambulance tent to have his eyes washed out.

He retained his 125 title on the screaming Walsh Bantam and 250cc crown on a BSA Bantam the following year at the newly finished Sheidow Park Circuit, which was held by the South Australian Atujara Club.

He was easily the fastest rider on the day and, if he’d had the machinery, he would have won every title.

In the 350cc class he finished second after leading all the way and dropping a chain just 200 metres from the finish line.

In 1960 the Australian Championships were on the grassy slopes of the Arthur’s Creek circuit in Victoria.

With two creek crossings in the valley and ten days of continuous heavy rain, the circuit quickly became a quagmire.

Riding a BSA, as he did though his career, Rumble was suited to the muddy conditions and won both the 350 and 500cc National titles.

BSA greeted scrambling’s second decade with a blitz of the solo titles, filling twelve of the fifteen placings.

In post World War 2 motorcycle racing, Ken Rumble was the star, not for what he did in one branch of the sport but for the many races and titles he won in solos and sidecars, on dirt and tar. 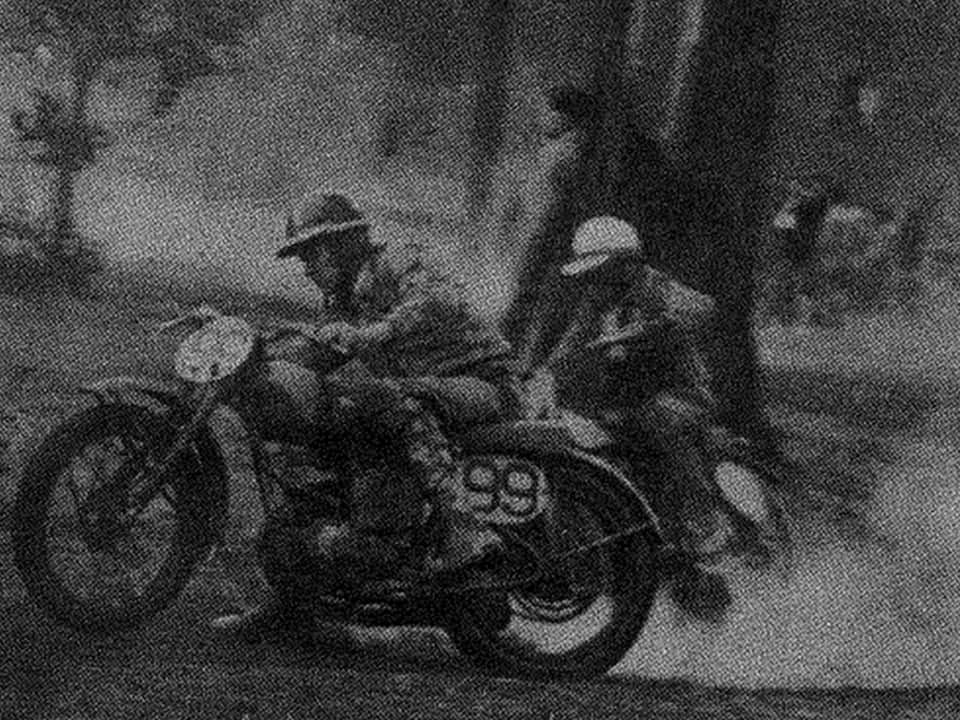 Rumble won the inaugural 125 and 250cc Australian Championships on a B.S.A. Welsh Bantom 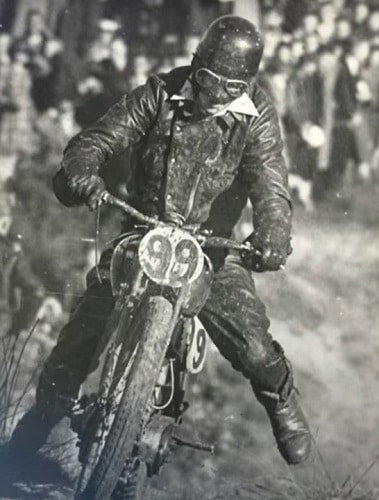 It was in a road-racing sidecar accident where Rumble sustained the only serious injury of his racing career – a badly broken leg.

This injury continued to give him trouble to the time of his death, aged 58, in September 1986.

In 2017 Rumble was inducted into the Australian Motor Sport Hall of Fame for his achievements in motorcycling.

Another motorcycling legend Tim Gibbes, who raced against Rumble in the late 1950s, described him as an “all out rider”.

“Ken would barrell in from anywhere,” Gibbes said.  “I recall saying after one race that his bike would be smoking from everywhere and even his handlebars and footrests were overheated!”

Ken Rumble was suited to the mud winning five National motocross titles in these conditions. 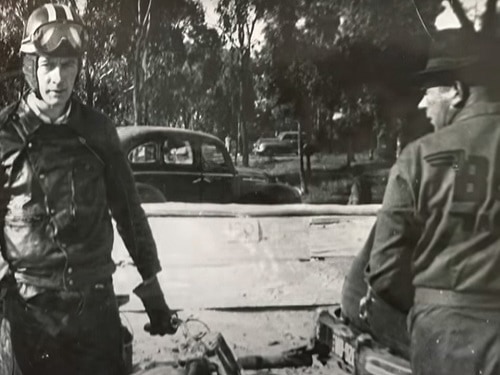 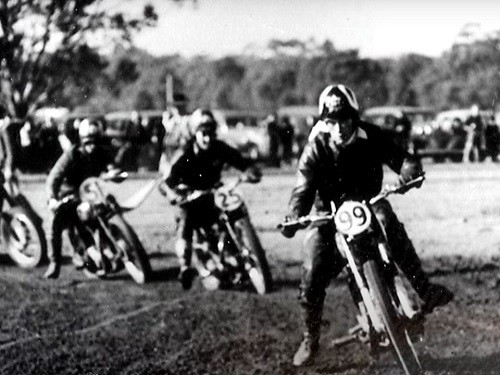 The late Ken Rumble won six of his seven Australian Motocross Championships on BSA machines, winning his Unlimited title in 1953 on a Matchless.