In January this year, at the start of the USA Supercross season, multiple Australian and two-time World Supercross champion Chad Reed announced that 2020 would be his final full-time season.  AMX History website pays tribute to Reed who is, without doubt, Australia’s most successful motocross racer.

On the International scene, Reed won two World Supercross Championships (2003 and
2008) and was the 2001 Runner-up World 250ccc Motocross Champion, becoming the first Australian to win a World 250cc GP race.

Reed has proven to be the most consistent supercross/motocross racer in the 2000-2009 decade.

In recognition for his outstanding achievements and contribution to the sport, on 13 June 2011 Reed was named a Member of the Order of Australia.

He currently is the record holder for most main event starts in AMA Supercross history with 265 starts (as of 21 June 2020), competing at the highest level for over 20 years.

Where it all began for Reed

Chad Reed was born on 15 March 1982. He grew up on a farm in Kurri Kurri, New South Wales and started riding mini bikes at a very young age.

He emerged from the Australian junior ranks to compete in the then-premier 250cc class, bypassing the traditional stepping stone of 125cc racing.

Reed was immediately competitive in both motocross and supercross, winning the Australian 250cc Supercross Championship in 1999 and 2000.

The move to International racing

In 2001 Chad moved to Europe and became the Runner-up World 250ccc Motocross Champion in his first attempt. Riding for Jan DeGroot’s factory Kawasaki team, Reed was a revelation that year aboard his KX250, winning the Grand Prix of Lierop in The Netherlands.

That year he won the 125/250 class race at the Motocross des Nations in Belgium – the International teams event for motocross.

Reed moved to the USA in 2002 and took the country by storm winning all but two supercross races that season to win the 125cc East Coast Supercross championship.

Reed revisited his home in Australia to race the Raymond Terrace, round 4, of the Australian Motocross series. He beat Daniel Reardon with a 1-1 performance, providing Reardon with international notoriety for holding Reed off for a significant portion of the races. 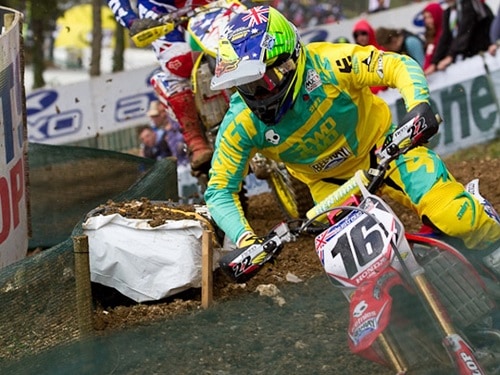 Chad Reed leads the first race in the MX1/MX2 class at the 2011 Motocross des Nations in France.

In 2007 Reed was second in the first race in the MX1/MX2 class at the Motocross des Nations in the USA.

In 2011 Reed won the first race in the MX1/MX2 class at the Motocross des Nations in France.

Reed returned to the US and continued to finish on the podium in supercross events through to 2016. That year he briefly returned to Australia for the National Championships winning the AUS-X Open class.

Chad continued to race supercross in the USA through to 2020, which he has announced in January will be his final full-time season. 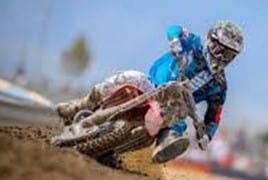