Peter Nicol - One of the nation's top scramblers in the 1950s

Western Australian Peter Nicol was one of Australia’s top motocross riders in the 1950s, or scramblers as it was called in those days.

Nicol won three Australian Motocross Championships – winning his first two in 1955 in front of 15,000 spectators at the famous Rope Works Circuit in Mosman Park, on the outskirts of Perth in WA.

At that same event he won the prestigious Harley Scramble for the fourth time, which was combined with the same event.

And in 2013 he was one of the first motorcyclists to be inducted into the Motorcycling Western Australia Hall of Fame.

Peter was born in South Fremantle in 1931.  His father Alf was a mechanic for leading solo rider Jack Sharp, so Peter got his taste for motorcycling at Claremont Speedway where he helped out in the pits refueling and cleaning Sharp’s bike in between races.

He wanted to take up speedway, but his mother would not sign his license application, so he started with Scrambles at age 16 and joined the Coastal Motorcycle Club.

Nicol immediately showed class on a 1920 model A.J.S. machine stripped of its road gear and picked up lucrative sponsorships with Carlisle and Company – the Royal Enfield distributor – and Castrol Oils.

Carlisle and Company supplied Peter with a 350cc Enfield – the bike he won the 1951 Harley Scramble on. He rode that bike in both scrambles and road-racing.

That same year, at age 20, he was elevated to Club Captain at the Coastal MCC – a rare honor for someone so young – and later he would be honored with life membership at this club.

In coming years Peter also picked up a new sponsorship with Mortlocks. 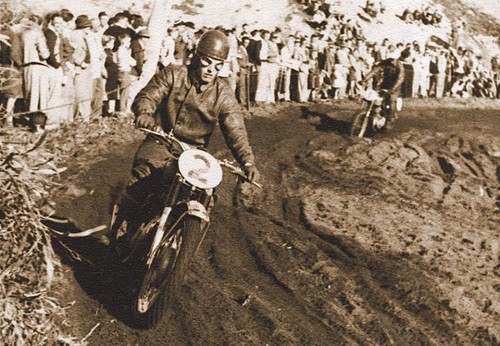 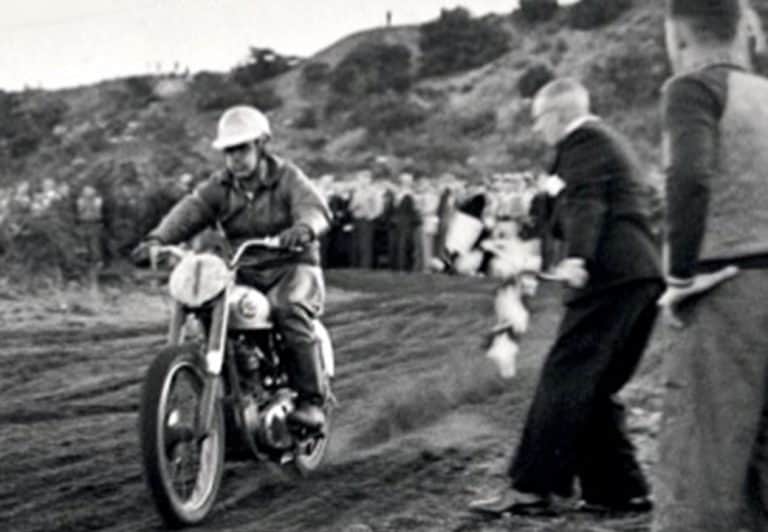 Riding a new 350cc B.S.A. machine sponsored by Mortlocks, and in front of 15,000 spectators, Peter Nicol won the Unlimited and 350cc titles at the 1955 Australian Motocross Championships at the Rope Works in WA.  At that same event, he also won his fourth Harley Scramble, which was combined with the National event – going on to win the Harley Scramble five times – the most of any rider.

As the 500cc order didn’t arrive in time, Nicol was given a new 350cc Gold Star B.S.A. off the showroom floor for both coming events, which he would ride in the 350cc and All Powers (Unlimited) classes.

The Australian Championships were held on 3 July at the Rope Works in Mosman Park and that event also combined the famous Harley Scramble, which had been run at this circuit since 1928.

In the Unlimited class Nicol faced stiff opposition from Les Sheehan (Victoria) who had ridden for the A.J.S. Works Team in Europe and returned with an ex-works 500cc A.J.S. machine for the event.

Sheehan won the first one-hour leg from 112 starters, with Nicol in second – 22 seconds behind.

But with Sheehan retiring in the second leg with a cracked frame, Nicol won this race and was the outright winner in both the Unlimited and 350cc classes, and Harley Scramble.

In the Unlimited WA riders Ron Edwards  and Bill Watson were second and third, making it a clean sweep for B.S.A. machines.   Watson was also third in the 500cc and 350cc classes with South Australian Les Jesser (B.S.A.) second behind Nicol in the 350s.

Incredibly, Watson is still riding today – in his early nineties.

Late that month WA held its first State Championship on 24 July 1955 at the Hilton Park circuit, hosted by the Coastal Motor Cycle Club.

That was over 60 kilometers in one day for each class. And considering how tough the course was and the lack of suspension on the vintage bikes, the riders were unbelievably strong and fit.

The 1956 Australian Championships at Moorebank Army Camp in New South Wales on 27 May were the first true championships of National status.

These Championships were also the first EVER televised outside broadcast sports event for Channel 9, so the course was doubled in length with a lot of sand shipped in.

The sandy circuit favoured the WA riders, so with the absolute cream of Australia’s talent on hand, the last thing anyone expected was for one rider to all but dominate the event.

But Victorian George Bailey did – winning the 125cc on a Triumph Terrier, the 250cc class on the Bailey Special (which he built himself) and the 500cc class on a Matchless.

Nicol retained his 350cc Australian title and another WA rider Charlie West won the All Powers (Unlimited) title, with both riding B.S.A. machines.  WA made it a clean sweep in the 350cc class with David Christie (B.S.A.) and Don Russell (Velocette) finishing in second and third place.

Twelve months later Nicol made an even longer journey over east to contest the Australian Championships on 14 July 1957 – at Heit Park, Amberley in Queensland.

Unfortunately on arrival Nicol came down with the flu and was unwell for most of the meeting.

But he still managed to place in two classes – finishing second to Bailey in the Unlimited Class and finishing third in the 350cc class behind local Clarrie Stewart and Kevin Cox.

While in Queensland, Nicol was invited to compete in the NSW State Championships in Tamsworth.

This circuit was one of the first man-made motocross circuits in Australia and he won the Senior Championship ahead of local rider Harry Pyne and Victorian George Bailey. 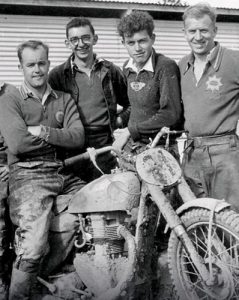 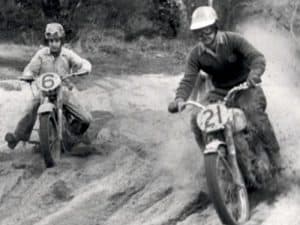 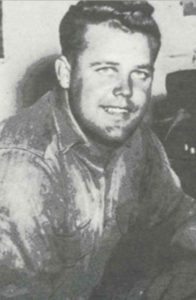 That year was Nicol’s last attempt at the National Motocross Championships, but he still rode local scrambles until 1959 when he retired with his last big win in the 1958 State Unlimited Championship.

Peter also had an accomplished road racing career – both at State and National level.

Around the time he retired from racing Nicol opened up his own motorcycle shop in Wellington Street, Perth, later opening up a second shop selling scooters on the corner of Hay and King Streets.

Later on Nicol sold both businesses and moved into sailing as a sport and a business, competing in the Sydney to Hobart Yacht race, skippering Apollo and having some involvement in Alan Bond’s first challenge for the America’s Cup.

He also became an active member of the Vintage MCC of WA and in 2010 rode in the Annual Hill Climb in Albany.

In 2013 Peter Nicol was one of five people inducted into the inaugural Motorcycling Western Australia Hall of Fame – along with Jeff Leisk (motocross), Chum Taylor (speedway), Trevor Lawrence (official) and the late John Rock (motocross and trials).

It is understood that Peter won fourteen WA State motocross and road-racing titles, but the early records are not available and dates and classes are unknown. 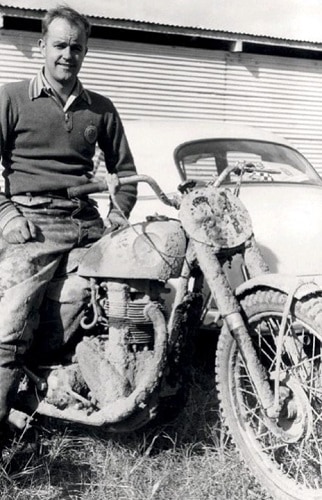 Peter Nicol on his B.S.A. machine at the 1956 Australian Motocross Championships in Moorebank, NSW after winning the 350cc title for the second year in succession