Victorian George Bailey from Frankston was Australia’s most dominant motocross rider between 1956 and 1958.

Bailey won five Australian Motocross Championships, or Scrambles, as it was called in those days.

During that period he won more than 14 state titles in all classes – across Victoria, New South Wales, South Australia and Queensland.

The 1956 Australian Championships at Moorebank Army Camp in New South Wales on 27 May were the first true championships of National status.

They were also the first EVER televised outside broadcast sports event for Channel 9, so the course was doubled in length with a lot of sand shipped in.

Although the inaugural Australian Scrambles Championships were held at Korweinguboora – Daylesford in Victoria on 14 November 1953, it took several years until riders from across the country competed together.

The Moorebank Championships were the first to attract official State teams from WA, SA and Victoria.

The sandy circuit favoured the WA riders, so with the absolute cream of Australia’s talent on hand, the last thing anyone expected was for one rider to all but dominate the event. 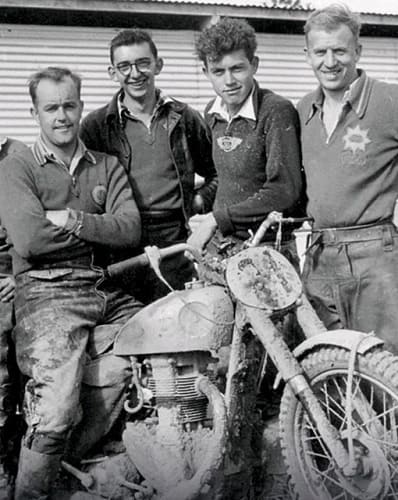 Such was his confidence as the Moorebank titles approached, he decided to try for all five titles.

His major opposition came from the likes of Charlie West, Peter Nicol, Don Russell, Blair Harley and Charlie Scaysbrook to name a few.

But Bailey had to settle for three titles at this event winning the 125cc on a Triumph Terrier, the 250cc class on the Bailey Special and the 500cc class on a Matchless.

Bailey was a quality mechanic and maintained his own machines.  He actually designed and built his own 250cc engine – called the Bailey Special – out of some Matchless parts.

The following year at Holt Park, Amberley in Queensland, Bailey won the prestigious Unlimited (All Powers) class on a 500cc Matchless.

Due to the pressure of work commitments, Bailey did not compete in the 1958 Australian Championships in Evansdale, Launceston in Tasmania, nor any more National titles.  At the time he and his brother ran a RACV roadside breakdown service and were on call 24-hours a day – seven days a week.

Bailey raced scrambles from about 1946 to 1959. From 1954 onwards, after winning the Victorian All Powers (Unlimited) Scrambles Championship at Point Henry, he placed at nearly every local, State or National scrambles event that he competed in across the country.

According to Bailey’s wife Glad, the photo was taken in the 20-lap-final.

Glad said that Stacker pushed George the whole way (like in the photo), and it was a very special day.

“World Champion road-racer Geoff Duke was touring Australia and agreed to compete at this motocross event to give it more publicity.

“I think he rode a Gold Star B.S.A. that had been prepared by Ken Rumble’s mechanic,” Glad said.

“Duke had cut his teeth on scramble racing in England and represented his country in the Motocross of Nations but had not ridden for a long time, so it was very sporting of him to agree to ride.

“There was a huge crowd at the event and, in many ways, Duke created more publicity than any of the Australian Championships.”

Part of the prize money for the 1955 Victorian Championship was a canteen of cutlery and £50.00, the exact same amount it cost Bailey to build his own 250cc engine (See photo – left-hand-side). 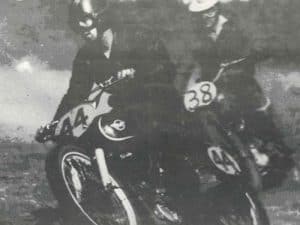 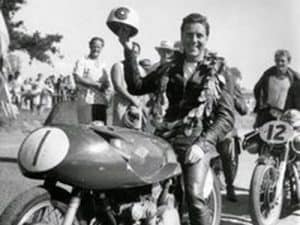 World Road Racing Champion Geoff Duke competed at the Victorian Motocross Championships at Springvale in 1955 to help boost the crowds, which he did! 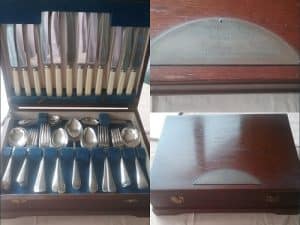 A day at the races - for the top Victorian scramble riders

Scrambles in Victoria had a huge following during the late 1950s. And because of the intense rivalry between three of the top riders – namely Bailey, Ken Rumble and Les Sheehan – a special match race was organised.

The three champions were matched in three separate races at the Cranbourne racecourse and, astoundingly, they each won a race proving that they were all very even in ability.

Bailey’s last race was the 1959 Grand National at Clarkefield in Victoria, which he won. He recorded the fastest lap of the day and beat Les Sheehan, who came second.

Bailey became sick later that year, which developed into a severe illness and the need for long hospital treatment. Sadly, this ended his racing career at 30-years of age.

Despite putting his racing aside, Bailey wasn’t lost to the motorcycle industry.

After recovering from his illness George, Glad (nee Taylor) and the family ran a very successful motorcycle dealership in Frankston. 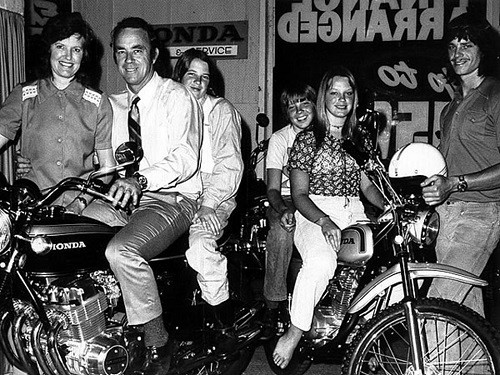 George Bailey and his family at their motorcycle dealership in Frankston, Victoria 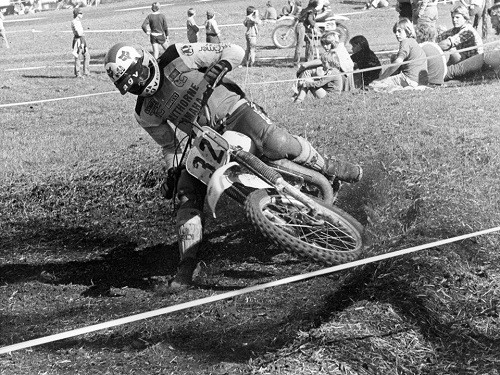 George and Glad produced four children – Robin, Karen, Andrew and Amanda – with the boys following in their father’s footsteps.

After moving to Queensland, Andrew rode for Honda Australia (Queensland) in 1975 and 1976.

That year he was the runner-up Australian Motocross Champion – in the 125cc class at Tivoli, Ipswich in Queensland.

He went on to be the National runner-up champion on three occasions,  finishing second in the 500cc and Unlimited classes in Dargle (NSW) in 1980. 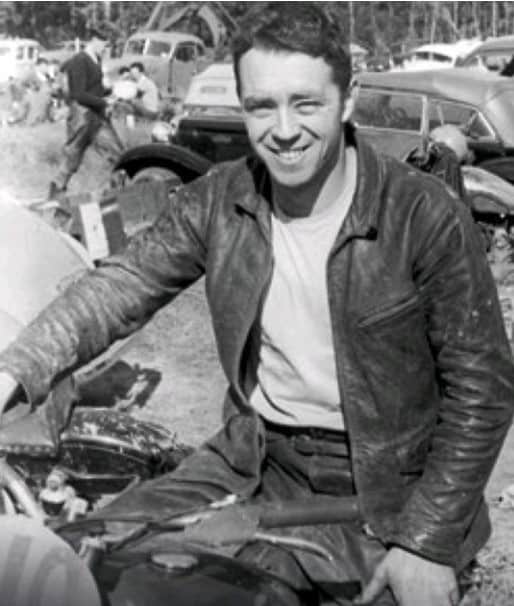 From 1954 onwards, after winning the Victorian All Powers (Unlimited) Scrambles Championship at Point Henry, George Bailey placed at nearly every local, State or National scrambles event he contested.