Team USA’s domination of the Motocross des Nations was expected to come to an end in 1992 when the country’s two biggest motocross stars – Jeff Stanton and Damon Bradshaw – declined to ride.

All the pundits said the 11-year reign at the top was over for the Americans due to the entry of their “B Team” and the sandy Cosy Creek circuit at Manjimup, Western Australia.  But a young trio of Americans – Jeff Emig, Mike LaRocco and Billy Liles – showed the world just how deep the talent pool in America had become.

1992 was the first time ever that the International team event was staged outside of Europe and held in the southern hemisphere.

With America now dominating, England’s record of 15 total victories was now in site.  But it was felt that Manjimup would suit the Dutch and Belgium sand specialists who could possibly end the US team’s dream run.

But although the Belgiums came close and had the fastest rider on the day, the US team held on to win narrowly by three points ahead of Belgium (12) and seven ahead of England (16) to make it twelve consecutive wins in this prestigious International teams event.

Australia finished in sixth overall with local riders Jason Marshall (500cc Kawasaki) and Dale Britton (250cc Yamaha) finishing in the Top 15 in both of their motos. Marshall finished a creditable ninth place his first moto.

The first MXdNs was held in 1947 in Wassenaar, Holland. Although there have been minor changes over the years to its format – the initial formula has proved the right one providing a great spectacle over the years.

Each year three riders compete for their country on 125, 250 and 500cc machines. Prior to 1985, all riders rode only 500cc machines. Riders contest two races each and points are awarded to those who finish – 1 for first, 2 for second, and so on. Although three Motos are contested with two capacity classes competing at a time, points are individually allocated per capacity class. And the Nation with the lowest points is deemed the winner. 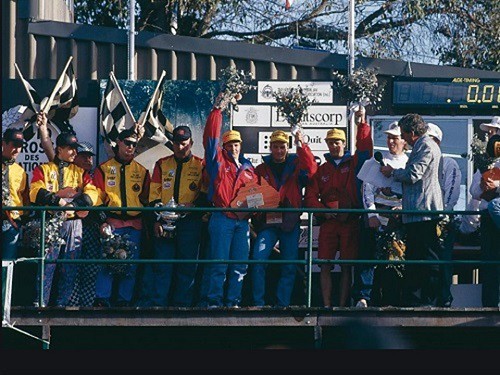 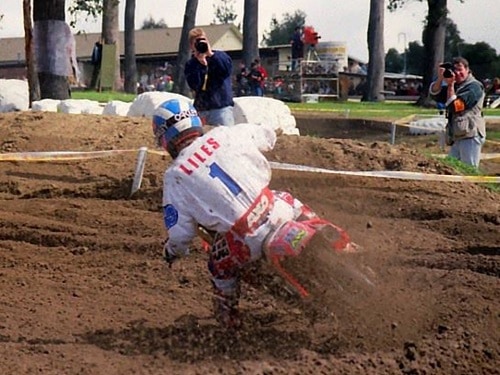 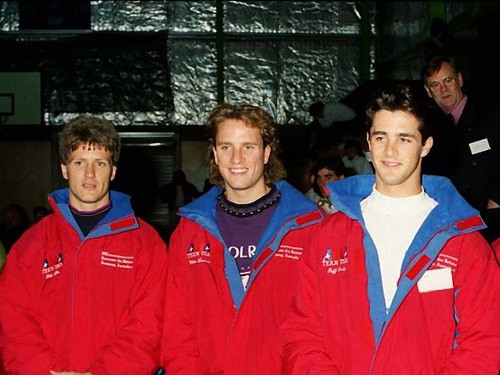 Riding a Kawasaki 500, Billy Liles was the top US rider finishing second and third overall in his two motos.   Mike La Rocco on a Kawasaki 250 was close behind with a second and fourth placing.    But it was Jeff Emig’s special performance on his 125cc Yamaha, which really clinched the US team’s victory.  Up against the bigger 250 and 500cc machines he placed an incredible fifth and seventh, respectively, to be the best 125cc on the day.

Belgium rider Marnicq Bervoets riding a 250 Yamaha was the standout rider on the day finishing first and second in his motos.  He helped steer Belgium to second overall.  Veteran and multi World Champion Georges Jobé  finished fourth and sixth in his two Motos on a Honda 500.

Belgium 125cc rider Stefan Everts finished sixth on his Suzuki 125 up against the big 500 machines.  But their hopes faded when he finished outside the top 15 in his final moto.

British 500cc rider Kurt Nichol (KTM) finished third and first respectively to be the second best rider on the day behind Bevoets.  Riding a 250 Rob Herring’s third and eighth placings on his Honda guided England to third overall.

The 1992 results highlighted the changing fortunes of the top nations.  As Motocross was invented by the British, it was only fitting that they would dominate the early stages of the MXdN.  But forty years down the track the sport has been perfected by the Americans.

Without doubt the 1992 MXdN was the biggest and most successful motocross event ever staged in Australia.

Those who attended will remember this event for life and witnessing World Champion Jean Michel Bayle’s last motocross race before he turned to road racing in 1993.  Frenchman Bayle was a two-time World Motocross Champion who also competed in the United States in 1991, becoming the first rider to win all three major AMA motocross championships in the same year (Supercross, 250cc and 500cc).

Race video and and program 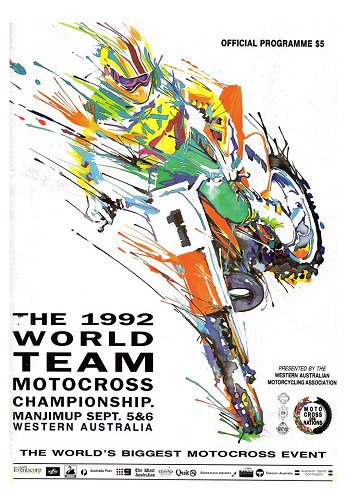 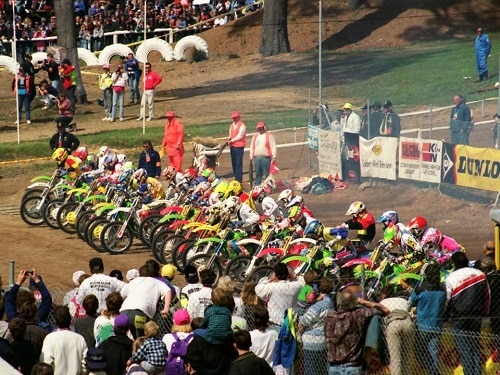 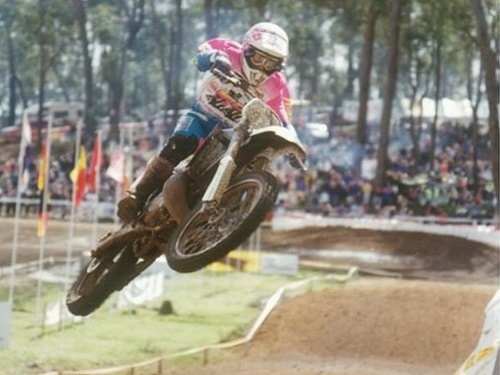 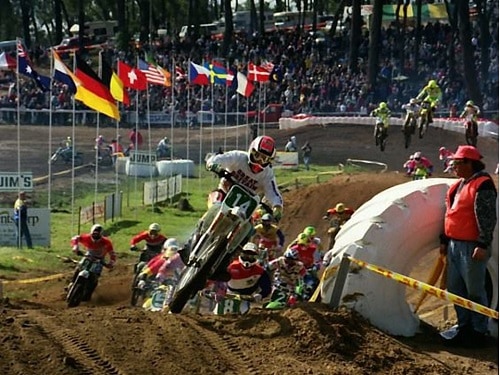 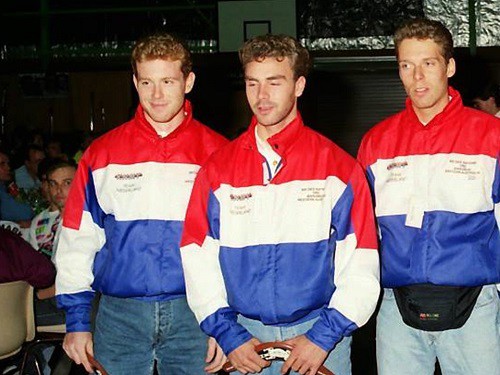 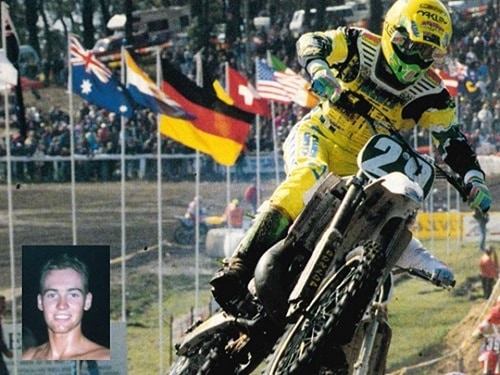 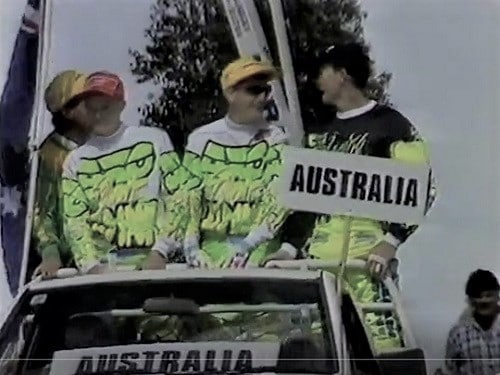 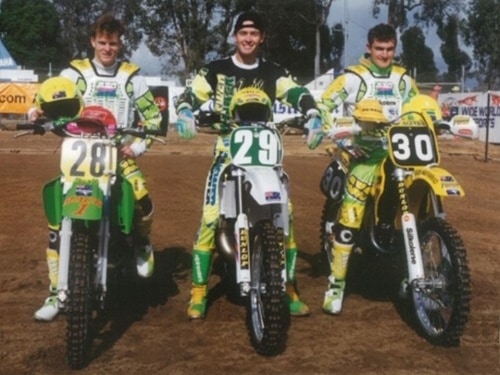