Blasts from the past

this page features your contributions, preserving the history of motocross in australia 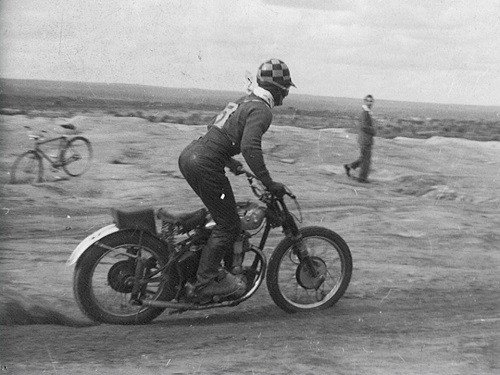 John from Kalgoorlie, WA sent in historic photos of the Goldfields Motorcycle Club dating back to 1934 – starting at the old Cavalier Hill Circuit.

This included the above photograph of 91-year-old Kalgoorlie rider Bill Watson who, incredibly, is still racing today.  Bill’s life story is featured in the latest issue of Old Bike Australasia. 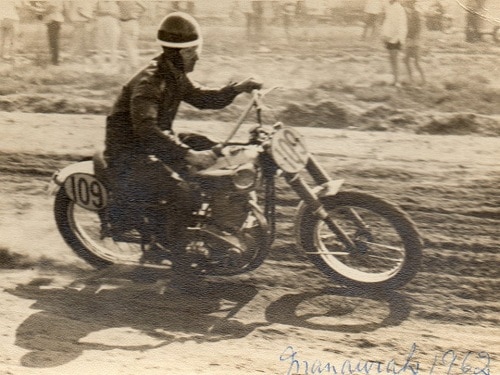 Bunbury rider  Don Collins at the 1962 Mandurah  Scrambles in WA.  Don was also a successful stock-bike and solo rider  at Claremont speedway in the sixties.

Don’s mother kept a hand-written journal of every race lap position of all competitors for every Motocross event Don competed in. 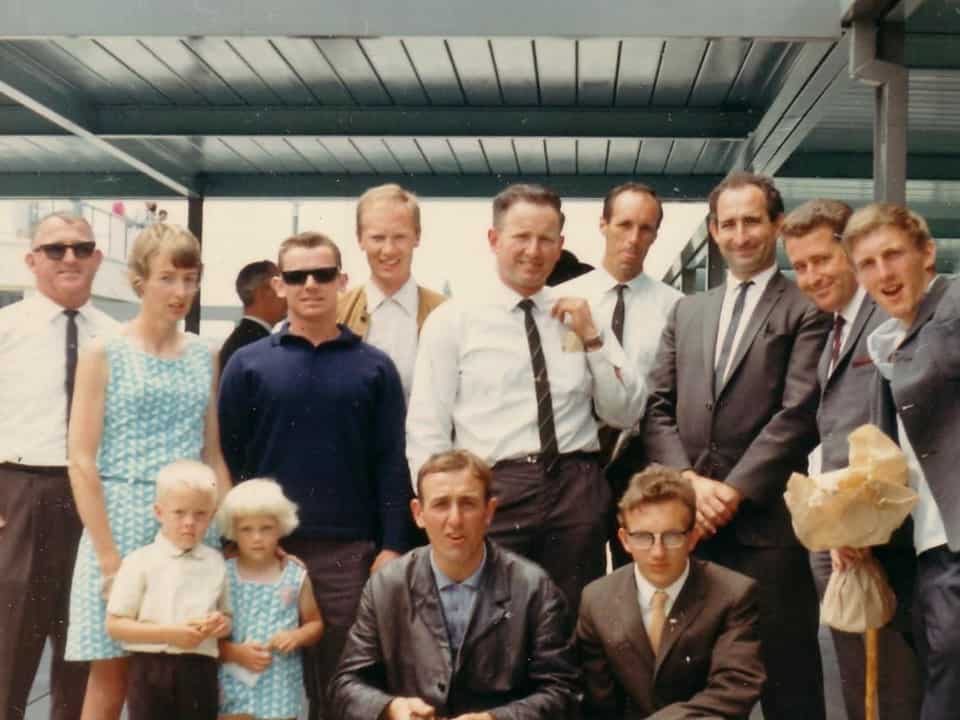 opening round of the international motocross tour in perth, wa

Event organiser and rider, Tim Gibbes from New Zealand, sent in the below picture from the start of the 1966 tour in Perth, Western Australia.

It features the riders from the eight-round series (and WA Motorcycling Association officials) which started at the Herne Hill circuit in Perth WA, then moved onto the Eastern States, before crossing the Tasman to New Zealand.

If you have any information, photos or memories to share of the International MX series that was held across Australia and New Zealand during the 1960s, please email AMXhistory@outlook.com 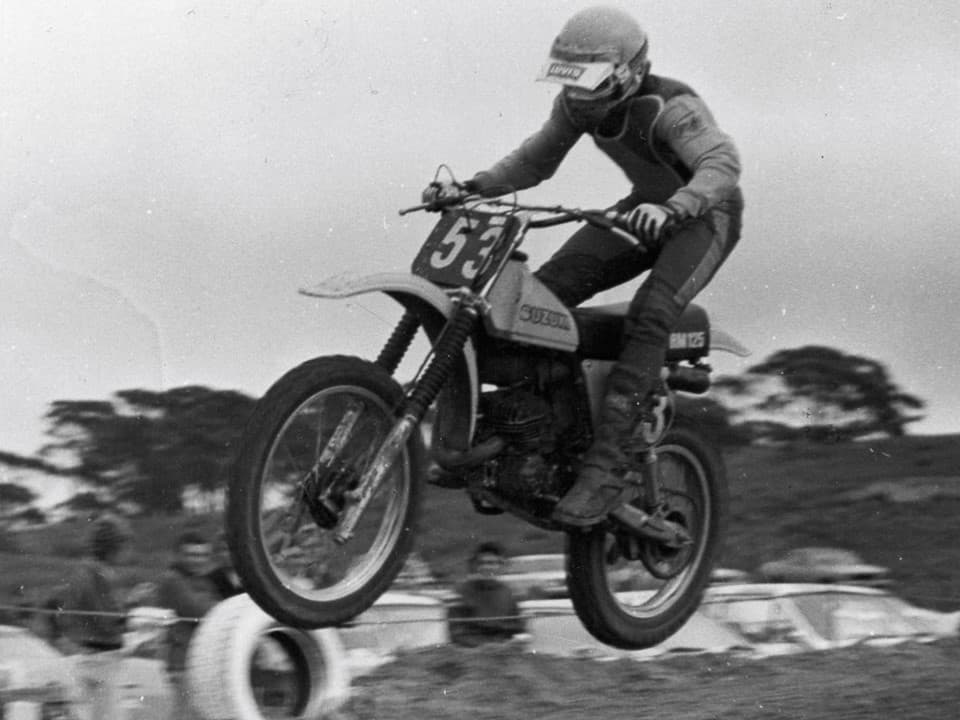 1978 Kid of the Cross winner Mark Leisk from Western Australia

King of the Cross  promotor Bob Couzens contributed a stack of material for a documentary in progress on the history of the event.  This included this picture of Mark Leisk winning the 1978 “Kid of the Cross” event at Southern Cross.

In 1979 Mark won the WA State 125cc Championship ahead of more experienced riders.  That same year he won the Victorian round of Kid Mr Motocross, which was run as part of the Mr Motocross series in the 1970s and 1980s. 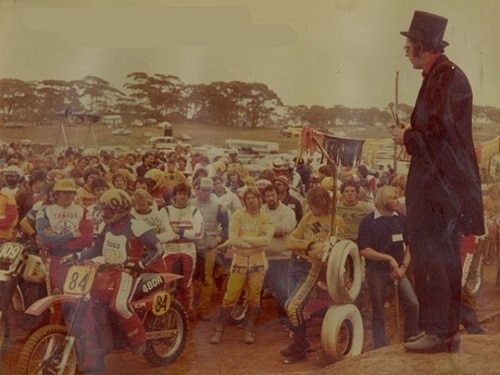 King of the Cross  race organizer and club secretary Bob Couzens donated a heap of photos, programs and videos to the AMX History website, which will be gradually released through this website.

Cousins was the man behind the success of the King of the Cross. The owner of the Railway Tavern in Southern Cross, and his family and supporters, put in tireless efforts and hours over the years.

Bob was a colourful character and, for each event, he would dress up in a different costume. 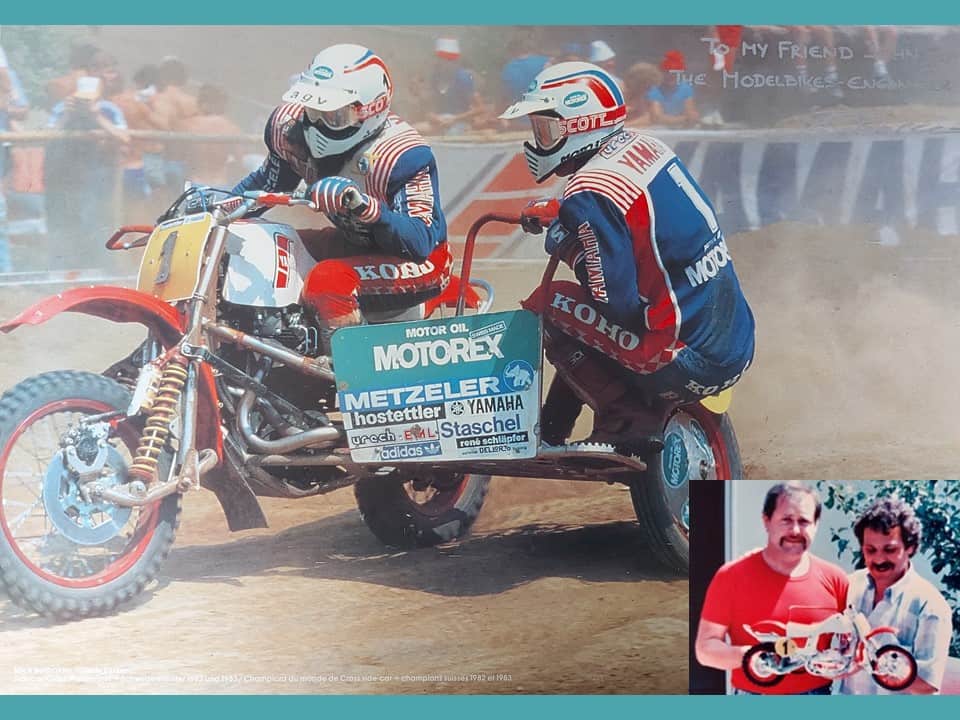 In 1984, when John met World Sidecarcross Champion Emil Bollhalder, he agreed to build him a miniature model his sidecar.  The Swiss champion and his passenger Karl Busser won both the 1982 and 1983 World Championships on a Yamaha 998cc EML.

John built the model from this poster and John Steyntjes’ 1983 EML chassis, which he used for measurements.

The EML model was built to quarter scale and weighs approximately 3.5kg.  The overall dimensions are approximately 540mm x 340mm and 240mm in height.  It took John an estimated 1,500 hours to build over a two-year period.

John Turner personally presented the model to Bollhalder in 1986 when he and his wife travelled to Europe. 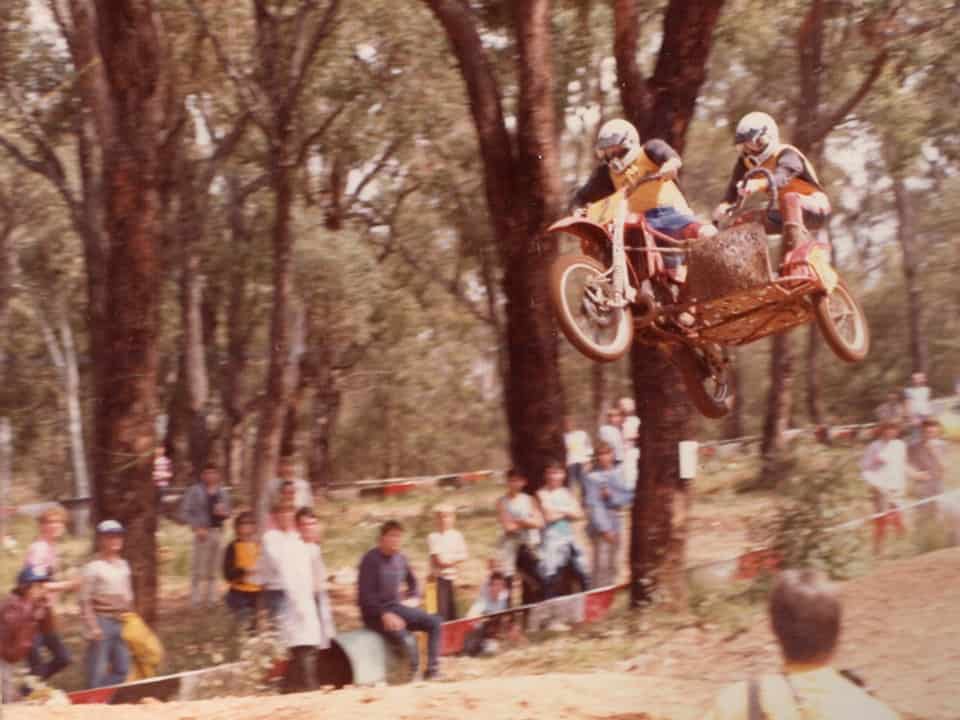 Newly crowned Australian Champions Darren Williams and Mark Kendle were the standouts for that meeting – breaking through to win their first National title in the 1000cc sidecar class.

They became the first sidecar team to consistently jump the spectacular double-jump at the circuit on their lightweight Honda – gaining a huge advantage on the other competitors.