The 1981 Australian Motocross Championships at Symmons Plains in Tasmania on 22-23 August will be remembered for Western Australian rider Jeff Leisk’s breakthrough win to secure his first senior national title.

It was also one of the coldest championships on record with overnight temperatures around freezing point with the conditions completely opposite to the previous year at Dargle in New South Wales.

Dargle was hot and the circuit was spectacular for motocross – fast, hilly, wide and open.  In stark contrast and as the name suggests, Symmons Plains is on a plain and the circuit was flat as a pancake without any man-made obstacles – except for one tiny incline on the main straight.

The Dargle circuit surface was hard with a layer of black sand on top with the riders looking like they had eye-makeup on, where they were wearing mud packs over their faces (and entire bodies) at Symmons Plains.  Many riders were still wearing open-faced helmets during that era.

The main feature of the Symmons Plains circuit was a creek crossing, which was frozen on the Saturday until the first riders cracked the surface layer during practice.

The cold and wet weather made the conditions difficult for most competitors and the only riders and passengers who had a smiles on their faces were those who won titles or placed. 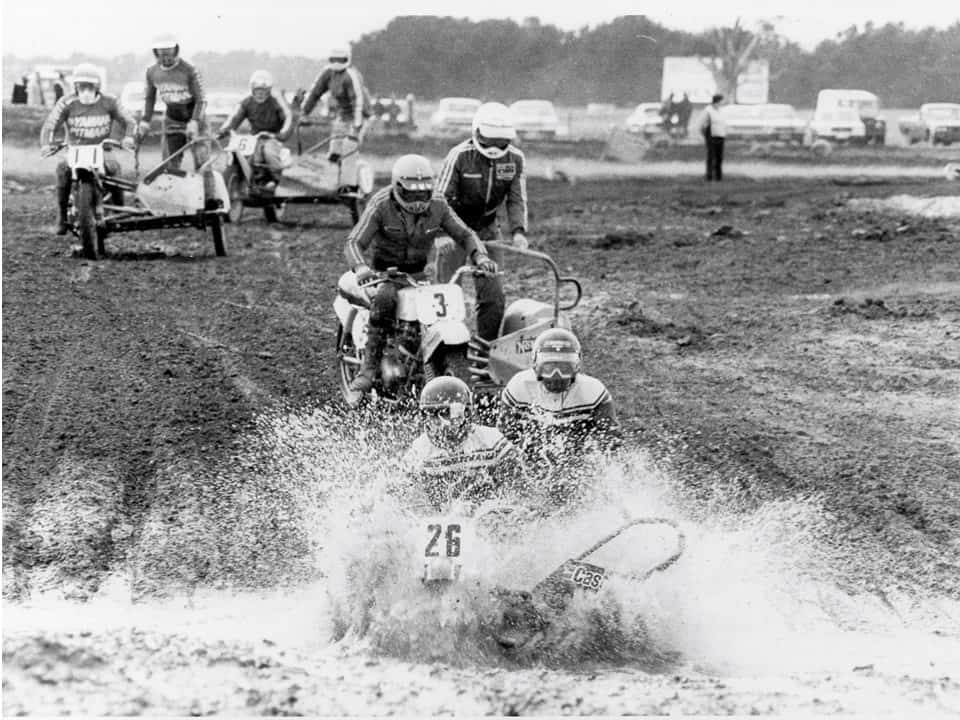 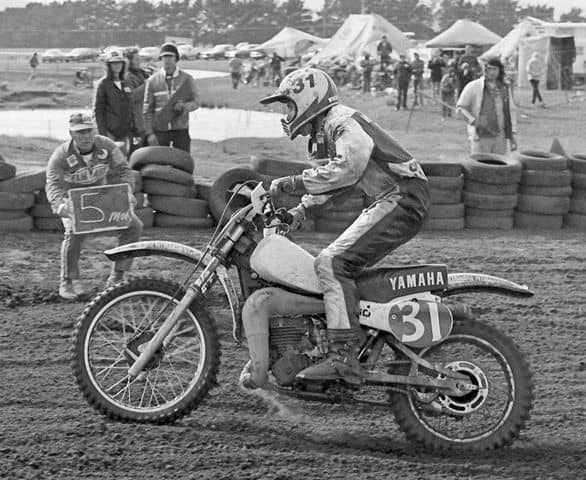 South Australian rider Darryl Willoughby on his Yamaha at the 1981 Australian Championships at Symmons Plains gets the 5 minute board from his mechanic, with the rider’s pits in the background

3M Video Trailer of the 1981 Championships

The flat Symmons Plains circuit would have made conditions easier on his body and he comfortably won on his 500cc Kawasaki machine, although he was pressured early by Stephen Gall (NSW, Yamaha).  Gall was forced to withdraw in the first leg due to mechanical problems and Trevor Williams (VIC, Kawasaki) finished second overall with Robert Bailey (NSW, Suzuki) in third.

Earlier on the day Gall retained his crown in the 250cc class having won his first  title in this class at Dargle in New South Wales the year before.  Ray Vandenburg (VIC, Suzuki) was second ahead of Neville Cutts (WA, Honda) in third.  South Australian rider Darryl Willoughby (Yamaha) was well out in front in the first leg, but was fell when lapping a slower rider and dislocated his shoulder.

On the Saturday, Jeff Leisk broke through to win his first senior Australian Championship in the 125cc class.  Riding a Honda, the young Western Australian was in his first year of senior competition and beat Trevor Williams (VIC, Kawasaki) and Trevor Brooks (VIC, Honda). 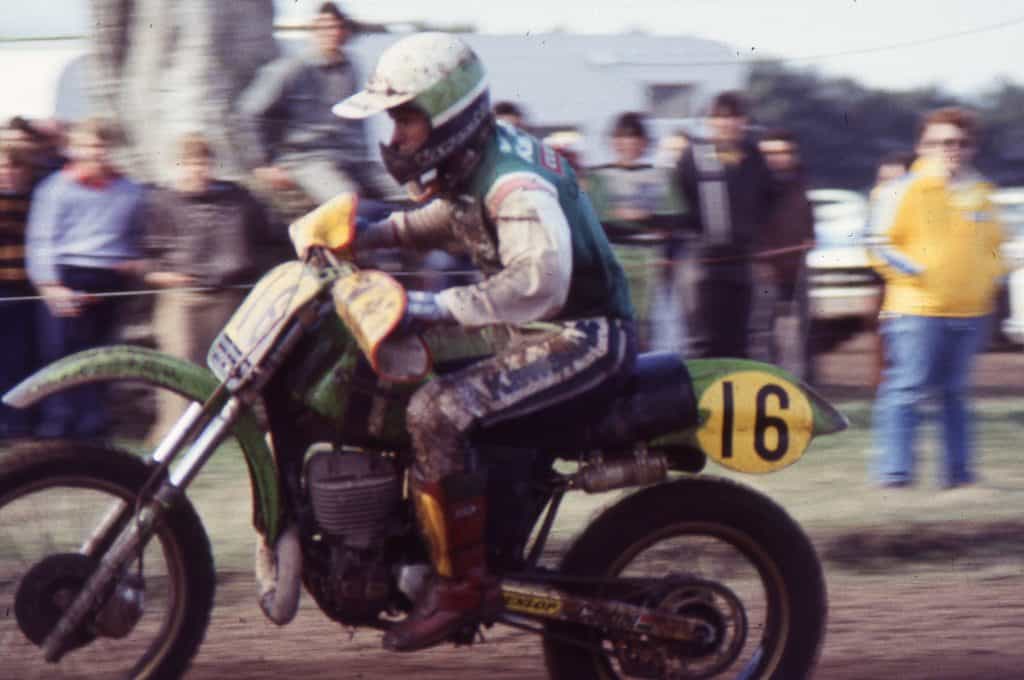 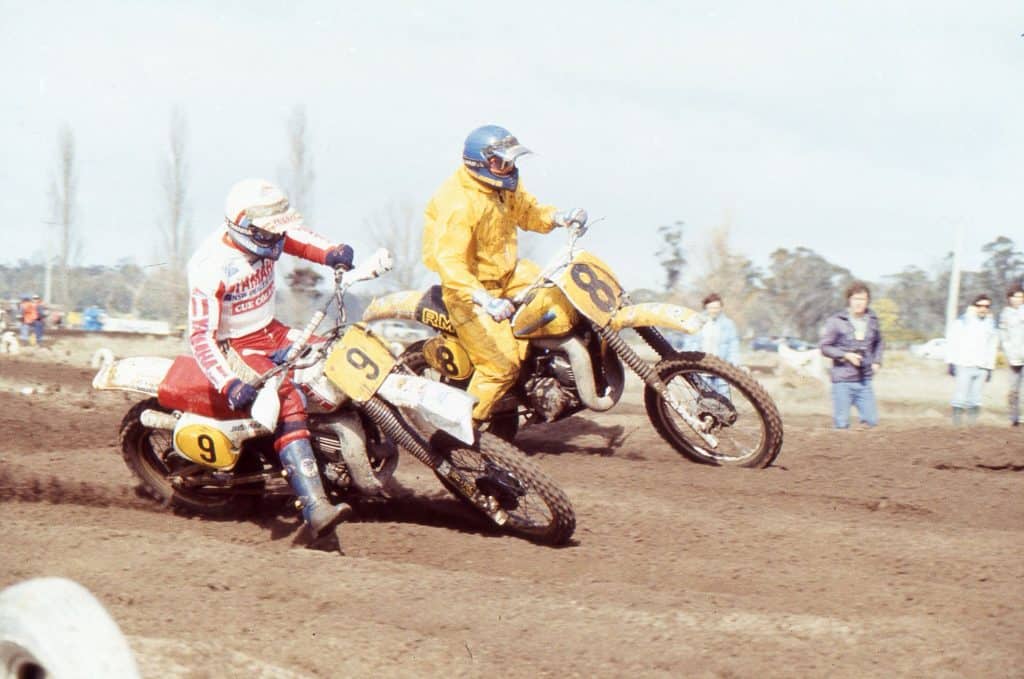 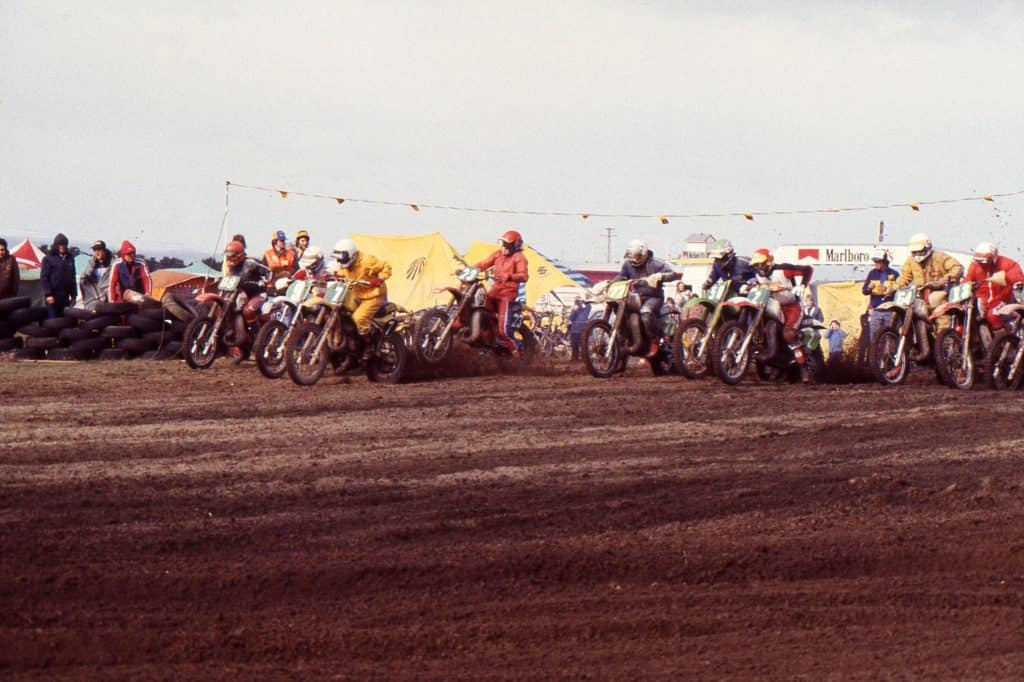 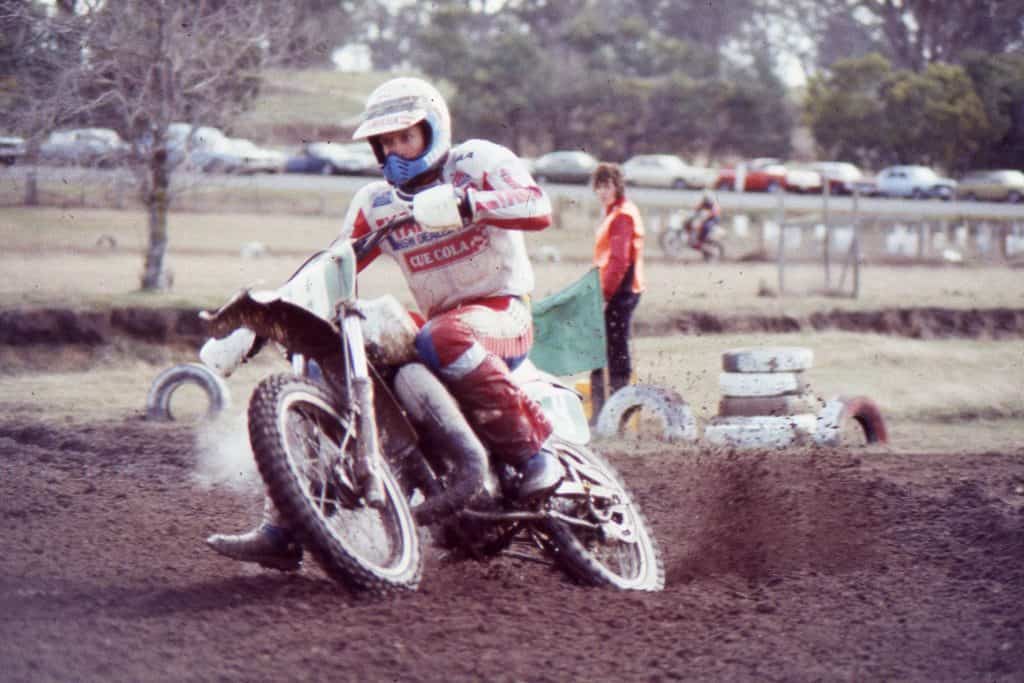 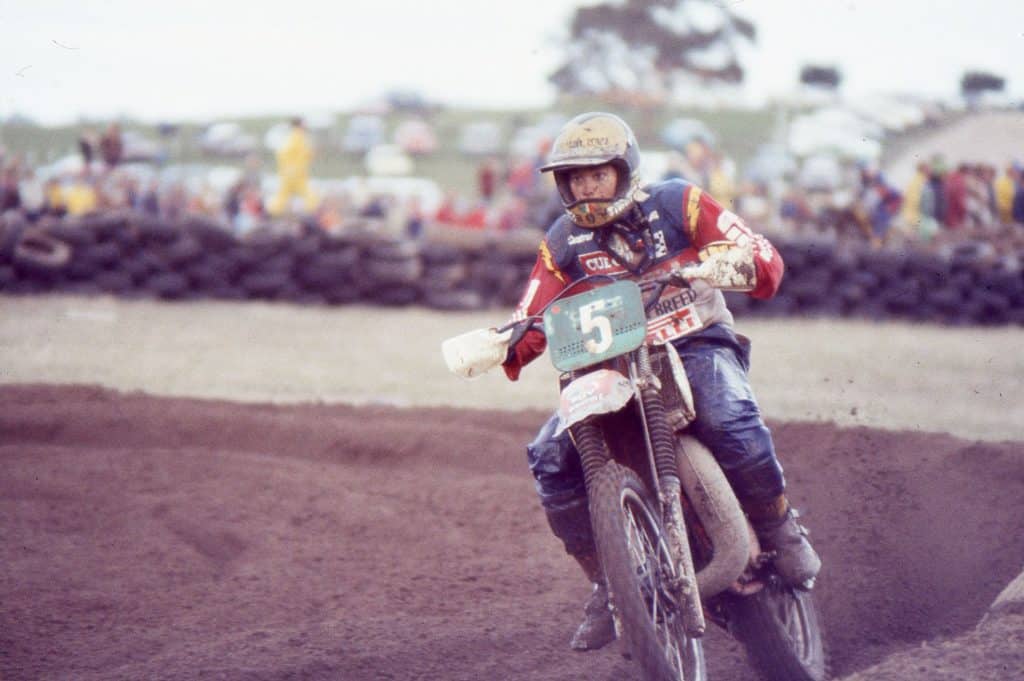 Jeff Leisk (WA, Honda) found the going tough in the 250s after winning the 125cc Championship 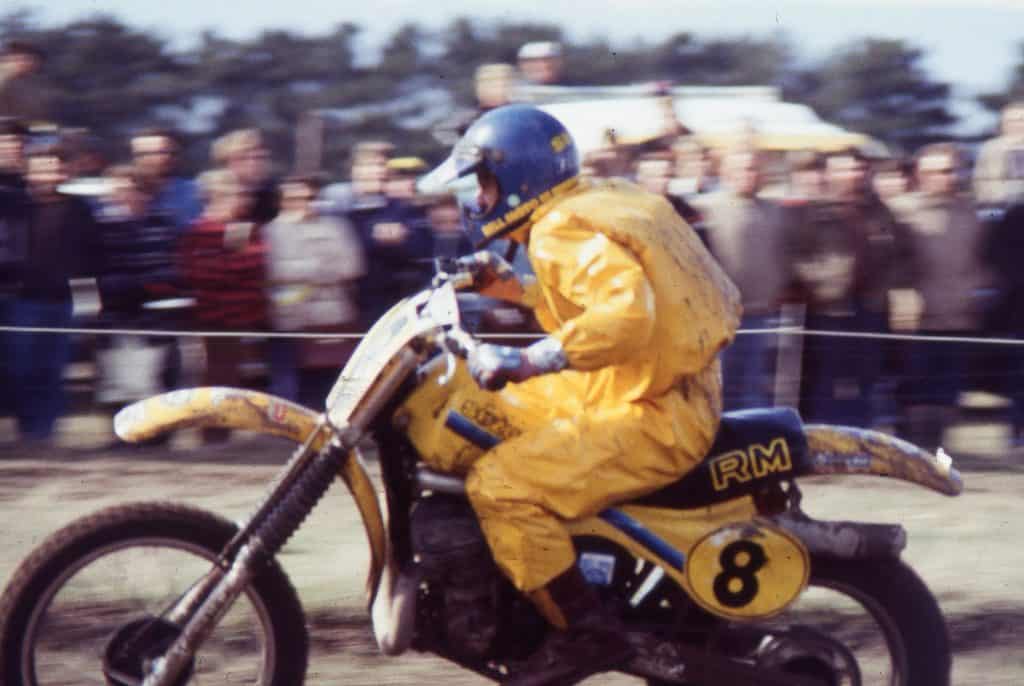 Bergmeier-Trewin put on a show in the sidecars

The conditions were also difficult for the Sidecar teams.  But spectators got to witness one of the best performances in the history of the Australian Championships in the Junior Sidecars for 500cc machines.

Victorians Russell Bergmeier and Lester Trewin (CZ Wasp) had an amazing win in the fist sidecar leg on the Saturday.

Stalling on the start-line, Bergmeier-Trewin stormed through the field from last position, catching up to race leader Barry Buckley-Russell Elmi (Yamaha Wasp) with just one lap remaining in the 20 minute, plus one lap race.

Catching Buckley-Elmi by surprise, Bergmeier-Trewin passed them right on the finish line to win by just centimeters.  This race was captured on  film – See video below.

Unfortunately, Bergmeier-Trewin didn’t place in this class as they experienced mechanical failure in the second leg with Buckley winning his seventh Australian Sidecar Championship.  South Australian teams made it a clean sweep with Paul Mann-Rodney Harvey (Suzuki Wasp) finishing in second and Mark Roberts-Grant Roberts (Yamaha SPP) in third.

But Bergmeier-Trewin made amends in the Unlimited Sidecar class on the Sunday, winning their first ever Australian Championship on a Weslake Wasp.

Buckley-Elmi capped off a great weekend finishing second on their Norton Wasp ahead of Victorians Brian Stewart- Kim Demarte, who were also on a Norton Wasp. 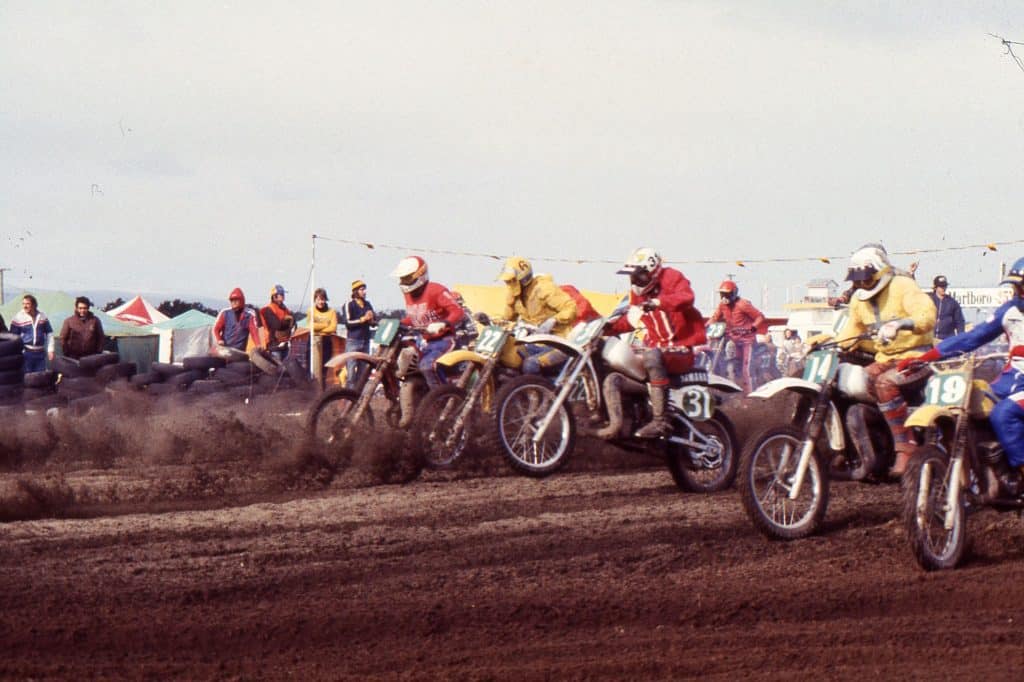 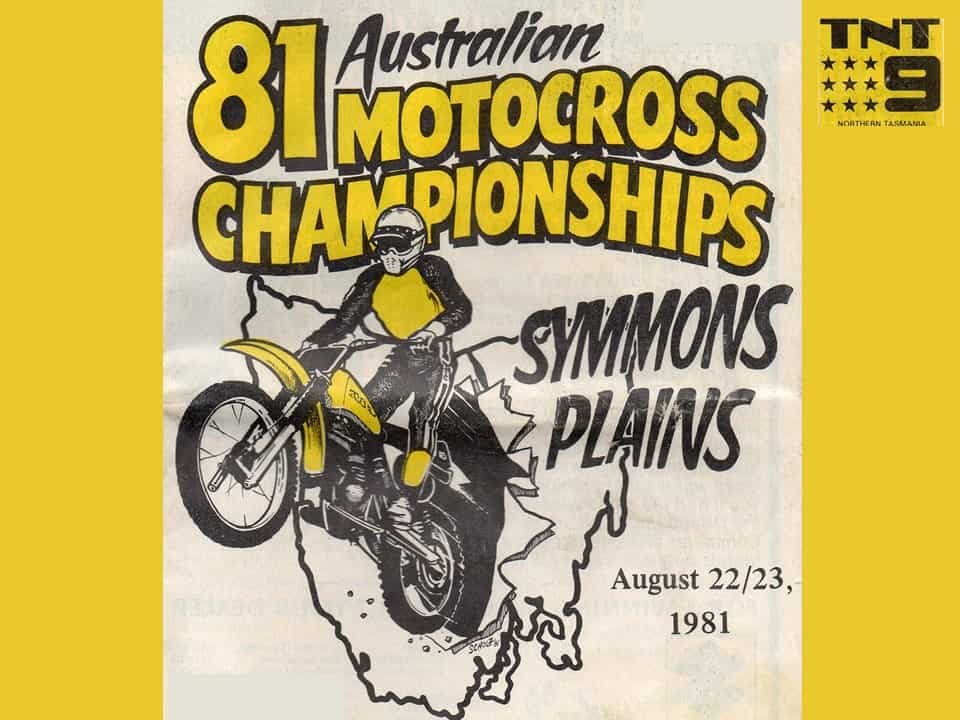