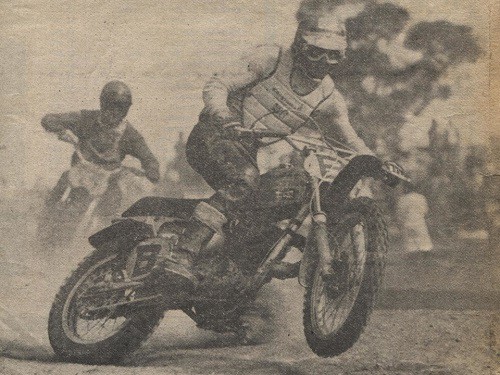 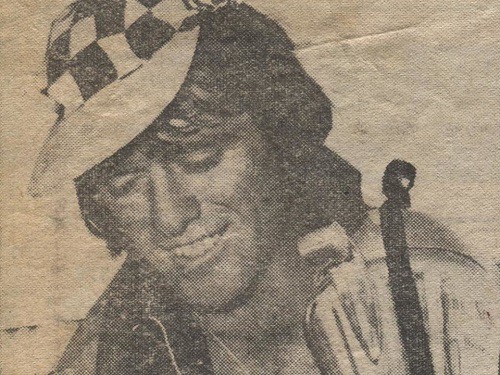 New Zealand rider Ivan Miller won both the 500cc and Unlimited titles on a Husqvarna at the 1971 Australian Motocross Championships in Clarendon, SA in front of over 10,000 people becoming the first International rider to win an Australian Title.

During that era an International series was running across Australia and New Zealand and the visiting riders discovered that their air fares could be easily recouped if they chose the right meetings. So that year they arrived in Australia early for the Australian titles at Clarendon.

The 1971/72 International tour was headed by Jim Aird (Scotland), Randy Owen (England) and Ivan Miller. Scottish ace Aird was favorite to win, but he had machine problems in the qualifying heats and was eventually sidelined in a crash in the reperchage, the last chance race to win a place in the final.

The internationals were on borrowed machines, (mainly Husqvarnas) and filled the major placings with Miller winning the two prestigious Senior titles and Randy Owen getting three placings.

Basham was the best performed of the local riders, taking out two titles on his Frasers CZ machines.

Basham would almost certainly have equalled Gary Flood’s clean sweep in 1969 had it not been for the visiting troupe, which included Gary Flood (VIC) and Laurie Alderton NSW) who were the best of the Australian regulars in all solo classes.

Gary Flood’s younger brother Trevor Flood, contested his first title event at Clarendon, but failed to do any better than tenth in the finals on his CZ.

Graeme Smythe (WA) placed well in the Unlimited event (fifth) and earlier in the day won a qualifying race ahead of Richie Kings (WA) and Gary Adams (VIC).

With the sidecar Junior capacity limit lowered that year to 650cc (from 750cc) none of the top competitors were affected.  Alf Goodwin – Wayne Kervall (SA, Arab/ Jawa) retained their Junior crown from the similarly powered Jawa outfit of Murray Williams – Des Rettig (SA, Jawa).  Williams took out the Unlimited title when Goodwin retired with a bruised and swelled ankle he had sustained earlier.

As the touring troupe continued, the Husqvarnas “Big H” at the forefront at every meeting, with the overall win for that summer series going to Miller from Aird, Owen (CZ), Flood and Alderton (Montesa). 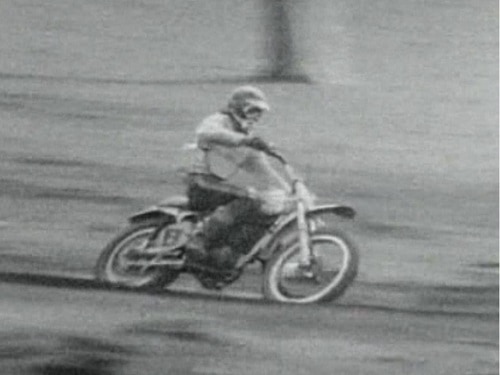 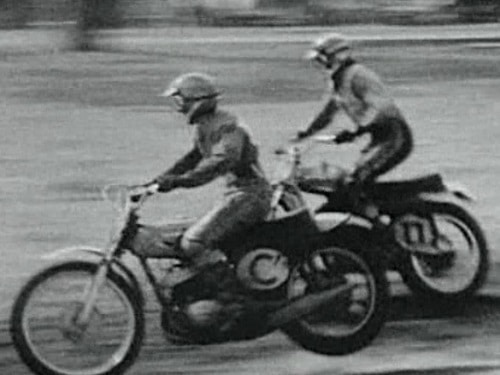 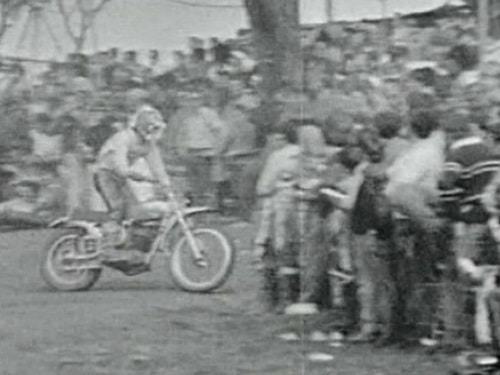 Ivan Miller  returns to the pits after winning the 500cc Championship 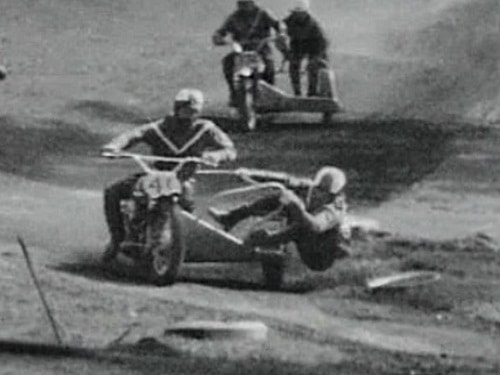 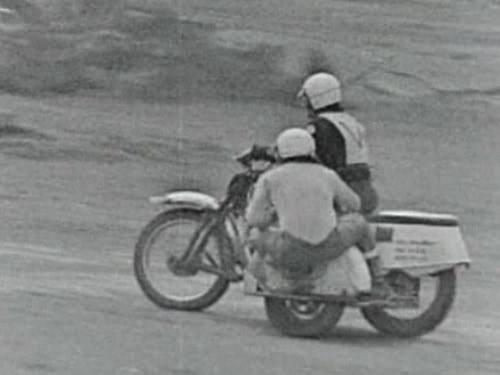 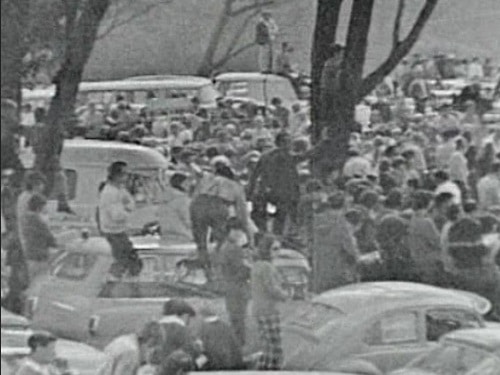 More than 10,000 people attended the 1971 Australian Championships at Clarendon SA.