International motocross in Australia before Manjimup and Broadford

When we think of International Motocross in Australia, the Cosy Creek Manjimup and Broadford circuits in Western Australia and Victoria, respectively, immediately come to mind.

Since 1981, Australia’s premier International Motocross event – the Manjimup 15000 – continues to run and, in 1982 and 1983, the Manjimup Motorcycle Club hosted the World Motocross des Nations and 125cc World Championship.

Australia also held a round of the World 500cc Championship at Broadford, Victoria in 2000.

But Australia has actually been regularly holding International Motocross events since the early sixties.

In 1961 Australian scrambles rider Tim Gibbes, who raced on the continent and later moved to New Zealand, organised an International Grand Prix in New Zealand.

In December 1966 Tim extended the International Motocross Tour to include Australia. Herne Hill (WA) was the first round, then Snake Gully (SA), Christmas Hill (VIC), followed by Woolongong (NSW) before crossing the Tasman for seven more events at different venues across New Zealand.

From 1969 to the mid seventies the International tour became an annual event – but just on the mainland.   Each year the first round was hosted by the AJS Motorcycle Club at the Herne Hill Circuit (WA).  In 1971 the second round was held at Manjimup (WA). 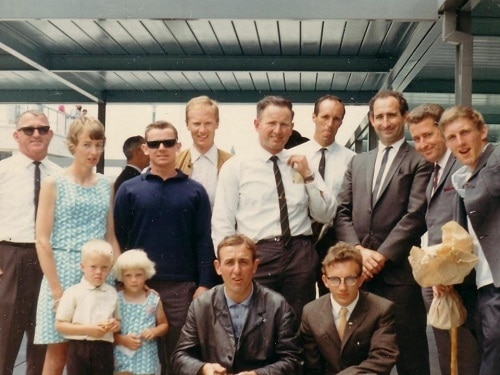 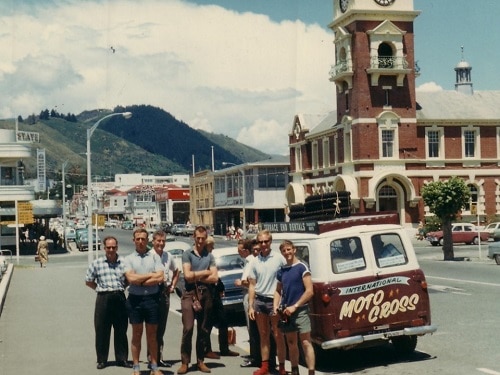 The international riders travelling across Australia by road 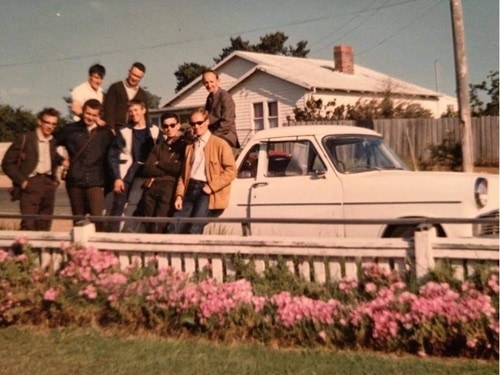 The international riders in Tasmania with their hosts 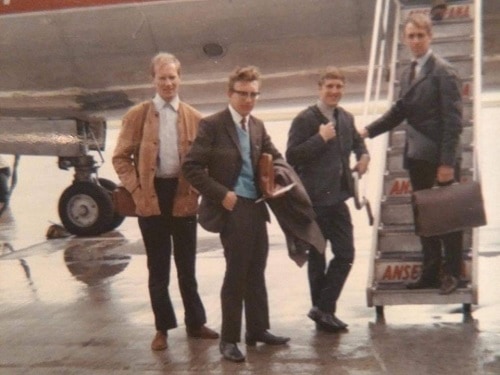 International riders at the airport in Tasmania on route to Victoria

The first round of the 1971 International Motocross attracted huge publicity and was filmed live on television by Channel 7, with the second round being held at Manjimup.

A documentary was also made from this series and mostly features the 1971 event, which has now been converted to digital by the AMX History website for you to view  – see videos this page.

2M trailer – The international race at
Herne Hill, WA in 1971 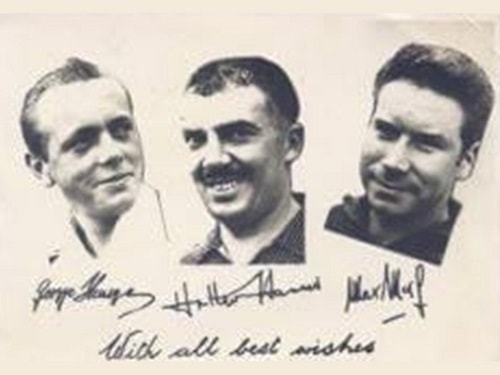 Ivan Miller (NZ) leads Jim Aird (Scotland) in a wheel-standing competition in front of 40,000 people at Perry Lakes stadium in Perth. The riders were promoting the 1971 International Motocross event at a big birthday party to celebrate Micky Mouse’s 40th birthday. 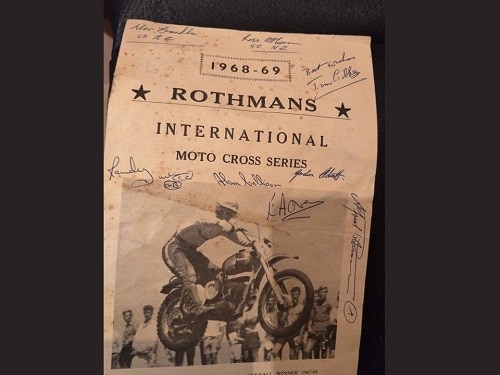 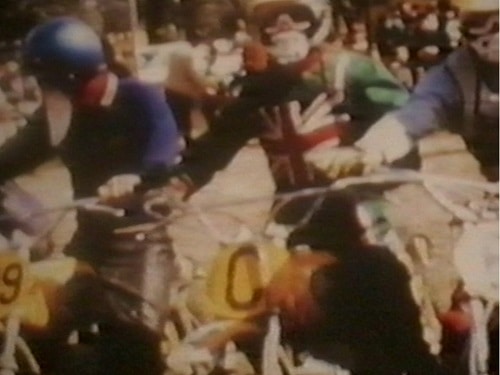 Great Britain’s Tony Owen at the start of the International race at Herne Hill, near Perth,  in 1971 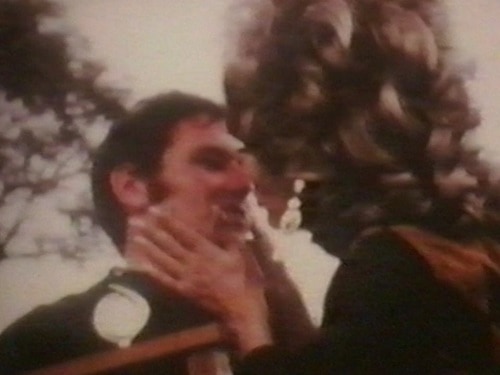 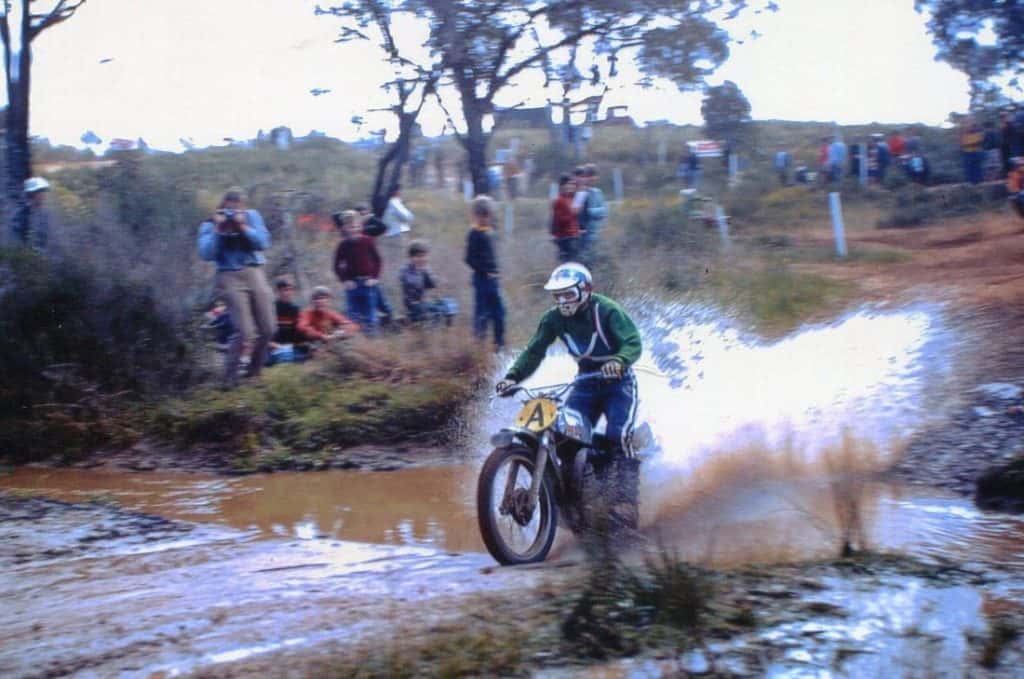 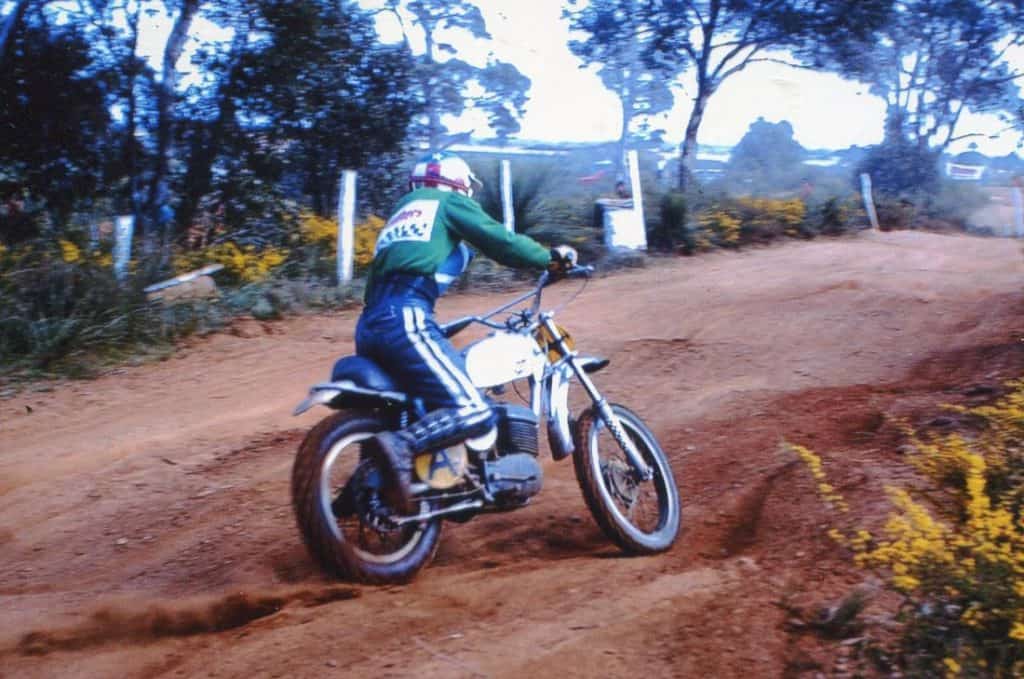 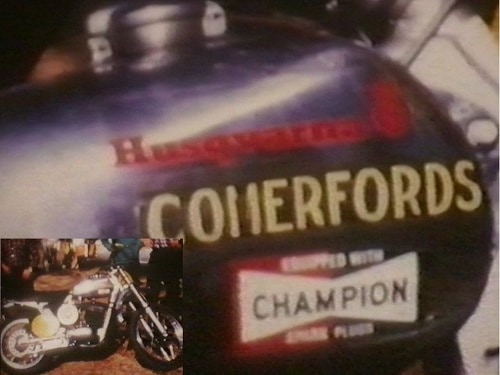 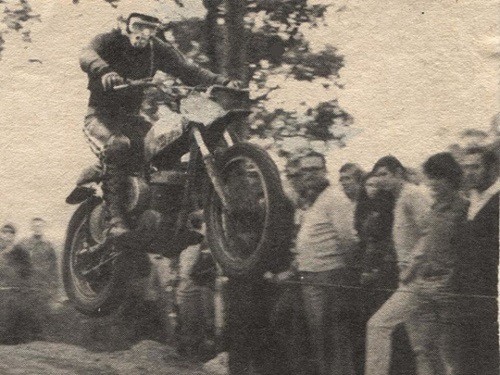